SEAN CAHILL, staff writer, Twitter @seancahill2
My gaming has been locked up by FIFA Soccer 13 and Far Cry 3, lately. I find myself continuing to play online with Ultimate Team in FIFA, while Far Cry tortures me time and time again with various wild animals while I'm attempting to complete a goal. Frustrating, but it makes it far more challenging.

NATHAN CARTER, staff writer, Twitter @natedoggcata
Probably more Left 4 Dead 2 on the PC. The steam workshop is such a great thing. I am having so much fun downloading tons of new and unique campaigns, character skins, weapons and more. Hell I hate leaving the safe room cause I love listening to the Resident Evil save room soundtracks that I downloaded from the workshop as well. Other than that I might also hop in some Counter-Strike: Source to play some more Deathrun maps. Its like the TV Wipeout only...in CSS!

NATHANIEL COHEN, staff writer, Twitter @seven_hells
I finally got around to trying XCOM: Enemy Unknown. Lovin' it. I name all my soldiers after Game of Thrones characters. I'm also doing a "vertical playthrough" of the Dead Space trilogy. "Vertical playthrough" is what I call it when you take a trilogy of games and play one level/chapter/whatever of the first game, then do the same for the second, then do the same for the third, and then you start back with the first one and so on and so forth. Dead Space lends itself well to vertical playthroughs because it's got those clear chapter delineations. Doing so really paints the each games differences in stark relief.

JEREMY DUFF, senior staff writer, Twitter @duff3c
Assuming that I get some time to sink into some games for fun this weekend, I will likely spend a few more hours on the free-to-play Path of Exile, getting my loot gathering fix. Other than that, I really need to start Batman: Arkham City which has been collecting dust in my cabinet since it launched, and wrap up Uncharted 3 which has been half-finished for well over a year.

CHARLES HUSEMANN, editor in chief, Twitter @chusemann
Currently playing more Black Ops 2 PC multiplayer than I care to admit. Just too easy to drop in few a few quick rounds between chores around the house. Also playing a lot of MechWarrior Online and Temple Run 2. Need to scope some time to wrap up Dead Space 3 and get caught up with Halo 4's Spartan Ops.

RANDY KALISTA, staff writer, Twitter @randykalista
Is twelve months late too late to be fashionably late? That's where I'm at with Mass Effect 3. On the upside, I bought the Firefight Pack, Groundside Resistance Pack, and Alternate Appearance Pack 1. There's entirely too much game ahead of me to even consider the big single-player DLC stuff like Omega, Leviathan, From Ashes, or the recently teased Silversun Strip. But this is the pulpy kind of sci-fi I'm absolutely dying for right now.

MIKE MAHARDY, staff writer, Twitter @mmahardy
I'll be playing through Serious Sam DD XXL on XBLA cooperatively this weekend (it's very fun in all of the craziest, best ways) and also playing Metal Gear Rising insert really, really stupid noun here. Super Mario Galaxy 2 is just as amazing as it has always been, and it's never a bad time to play FTL: Faster Than Light when I'm craving that strange feeling of helplessness combined with pure euphoria. God, I love FTL. 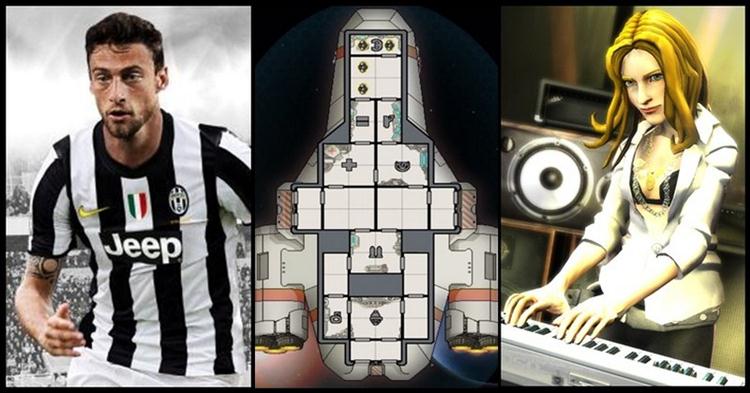