The Skylanders franchise soars past the billion dollar mark

by: Jeremy - posted: 2/12/2013 8:55:00 AM
More On: Skylanders: Spyro's Adventure Skylanders Giants Skylanders SWAP Force
I seems like it wasn’t too long ago that Activion was boasting that the Skylanders franchise had hit the $500 million mark. Well that story is officially history as the franchise has just officially doubled that figure and hit the billion dollar mark in lifetime sales.

This amount doesn’t just count video game sales, but also the toy sales related to the figures and accessories that go along with it. To date this includes more than 100 million Skylanders toys; that is a lot of add-ons! This milestone comes hot on the heels of the announcement of a new entry in the series entitled Skylanders SWAP Force which is due out later this year. Who knows, we might me celebrating the 2 billion dollar mark this time next year! 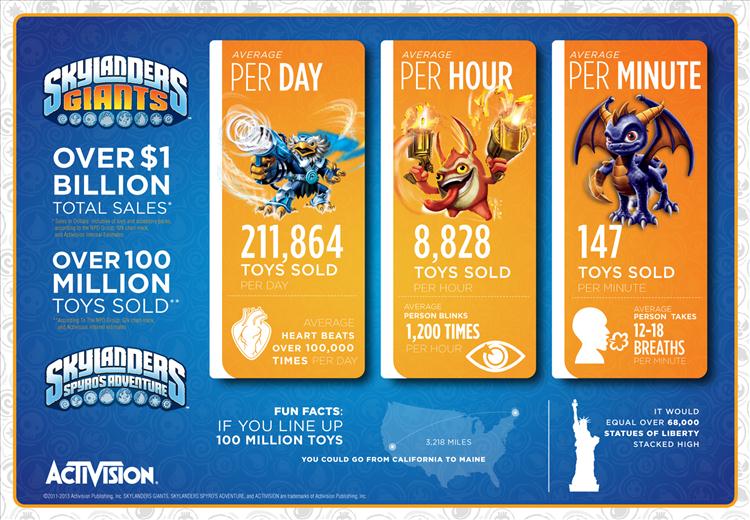