PS Plus heads to Vita next week!

by: Jeremy - posted: 11/13/2012 11:01:00 AM
More On: Uncharted: Golden Abyss PlayStation Vita PlayStation Plus Tales From Space: Mutant Blobs Attack Jet Set Radio Gravity Rush
It has been a long wait for those of us still playing our PlayStation Vita, but that wait is about to be over as the PlayStation Plus program officially lands on the handheld next week. Sony has announced that the service will launch alongside PS Vita System Software update 2.00 on November 19, 2012. While there are a couple of interesting features coming to the system with the new firmware, included the ability to send and receive e-mail directly from the system, the inclusion of the PlayStation Plus program is arguably the biggest addition.

Along with bringing a variety of features to the system including additional online storage space for saves, automatic update and trophy syncing, and a variety of discounts on products in the PlayStation Store, PS Plus for the Vita will also be getting its own additions to the PS Plus Instant Game Collection.

The initial offering of free titles for the Vita will consists of the following games: All of those games will be available at no additional costs to members of the program and will be yours to keep as long as you remain a member. 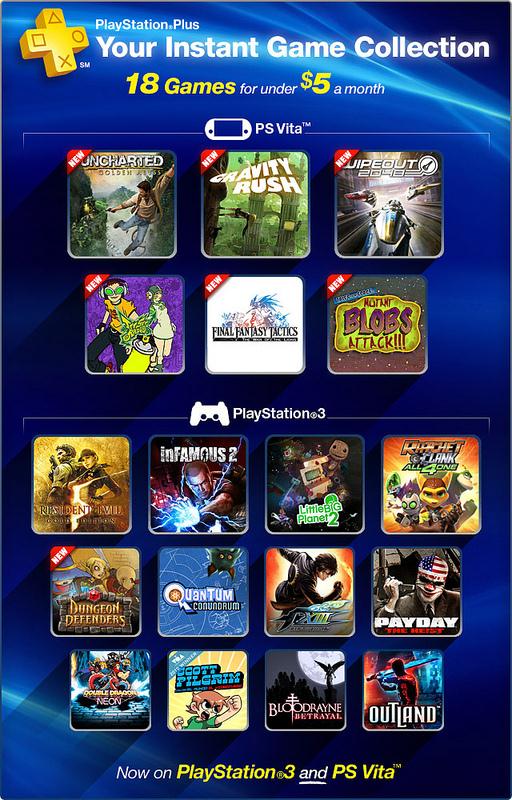