Vote for Deadpool, or else.

by: Nathaniel - posted: 11/6/2012 4:29:00 PM
More On: Deadpool
As if the election wasn't bad enough here in the great Swing State that I call home (no Mitt, I don't want to talk to you or your wife so stop calling - Obama never even called) now we're being threatened with violence if we don't write in a fictional super-hero.  What will Deadpool do to you if you don't vote for him?  I don't know, but it will probably be something awful.

For some people it just isn't enough to get their own videogame, they have to insist on being the leader of the free world also.  Newsflash, your daddy doesn't care.

Anyway, vote for Deadpool because something awful.  And don't forget that he also has his own game coming out as well at some point in the future.  I don't know how his presidential aspirations factors into that.  Also make sure you visit his Facebook page. 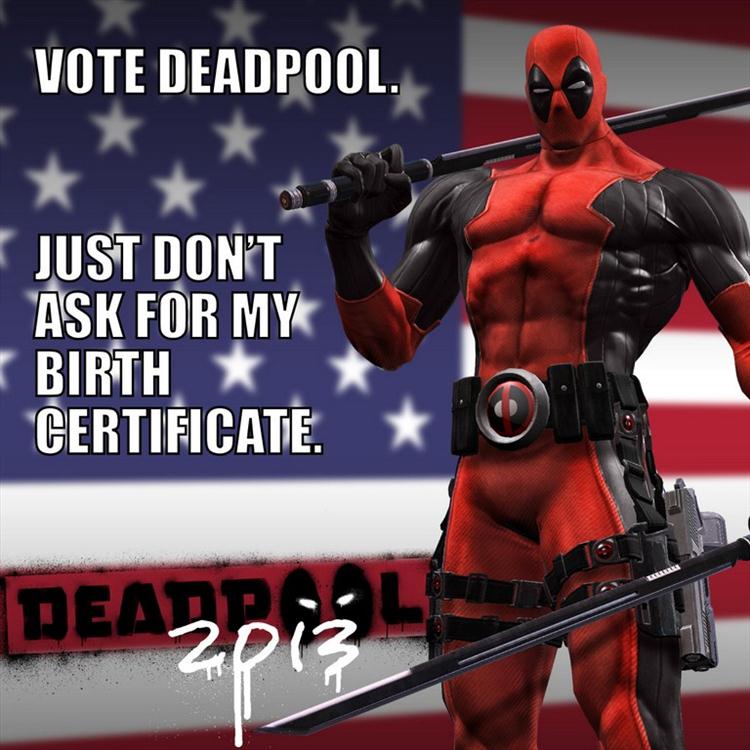