PlayStation 3 4.30 update brings some new features but folds one away

by: John - posted: 10/22/2012 5:24:00 AM
More On: PLAYSTATION 3
Tomorrow, a new update for the PlayStation 3 will be released bring the console to version 4.30. Trophies are being moved to the PlayStation Network and those with the Vita will be able to see their trophies on the PS3.

But the biggest news of the update is that the very successful Folding@Home project, Life with PlayStation, will end in November.  Over 100 million total computational hours were contributed to the project and folks should be very proud of what they did to try and help towards Alzheimer's research. It's too bad it's being retired, but at least the PS3 users did their part while the project was active. 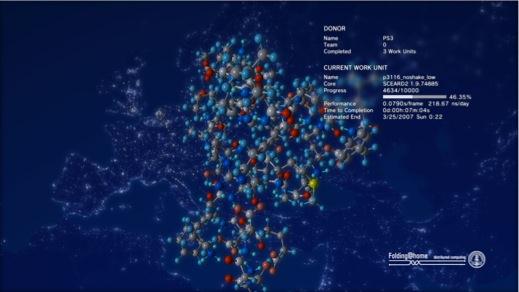