by: Travis - posted: 10/3/2012 11:00:00 PM
More On: Call of Duty: Black Ops 2
Upon receiving a recent order from Amazon, I was quite surprised to discover a rather large advertisement printed on the package's exterior featuring Call of Duty: Black Ops 2 and its upcoming release date. This package alone might not indicate a recent change to some of Amazon's shipments. The package content's included a single video game, which might also indicate that these advertisements only show up on products that fall within that particular product category.

More surprising than the advertisement was the question of why these package surfaces haven't been used until now to advertise other products for sale, especially considering the placement ensures a guaranteed view from the shipment's recipient. Of absolutely no surprise was the game featured in the advertisement.

I've reached out to Amazon for comment and will update the story upon arrival of a response. 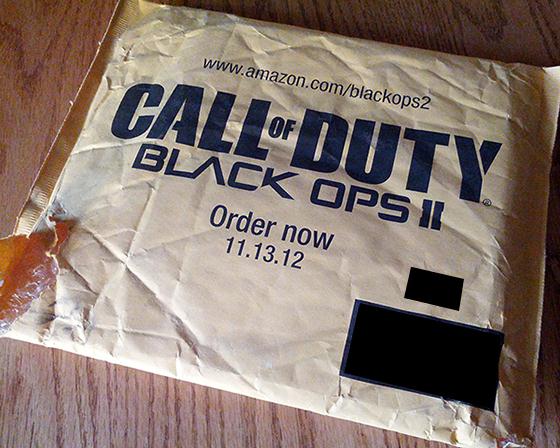