by: Jeremy - posted: 10/1/2012 12:27:00 PM
More On: Borderlands Spelunker HD PlayStation Plus NFL Blitz
Sony has revealed the next game joining the PS Plus Instant Game Collection. When the PlayStation Store is updated tomorrow, NFL Blitz will be available for no cost. The game, which served as EA’s reboot of the classic Midway series, was originally released back in January on the Xbox Live Arcade and PlayStation Network.

In addition to NFL Blitz joining the fray, a couple of discounts will also be available through the service. Both Alex Kidd in Miracle World and Spelunker HD will be discounted as well. Sega’s game will be down to $1.00 while Spelunker will be $5; all of the associated DLC for Spelunker is also being discounted to $1.00.

While this is primarily good news to members, the bad news coming this week is that as NFL Blitz enters the program, Borderlands will be leaving. You have roughly 24 hours to nab your free copy of Gearbox’s original classic. 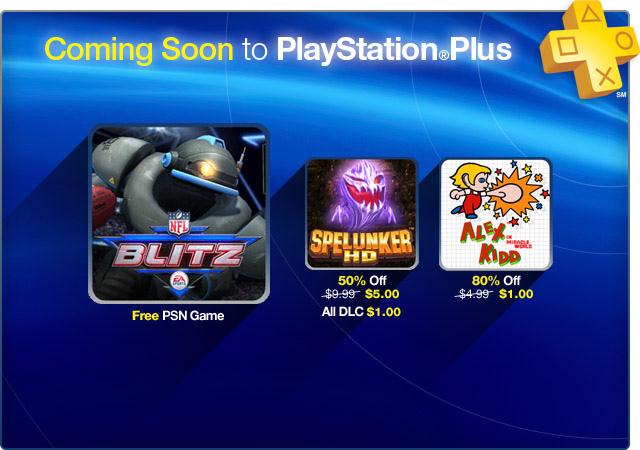