by: Russell - posted: 9/23/2012 9:39:00 AM
More On: Darksiders II
Already played through Darksiders II?  Wish there was even more places to go and loot to find?  Well you're in luck because THQ has announced that the first expansion for Darksiders II will be available this week on Xbox Live Arcade, PlayStation Network, and PC.

The expansion, called Argul's Tomb, will include two challenging new dungeons, new enemies, and new legendary loot to find.  The expansion will be tailored towards gamers who have finished at least the first three zones of the main game, but adds an additional challenge for gamers at all levels.  If you're a new purchaser of the Limited Edition of the game, you will find a unique code on the game's box that will allow you to download the DLC pack for free.  For all other gamers, it'll be 560 MS Points or $6.99, depending on your system of choice.  The content will be available to download this Tuesday the 25th for the Xbox 360 and PC worldwide, as well as the PS3 in North America, and on Wednesday the 26th for the PS3 in Europe. 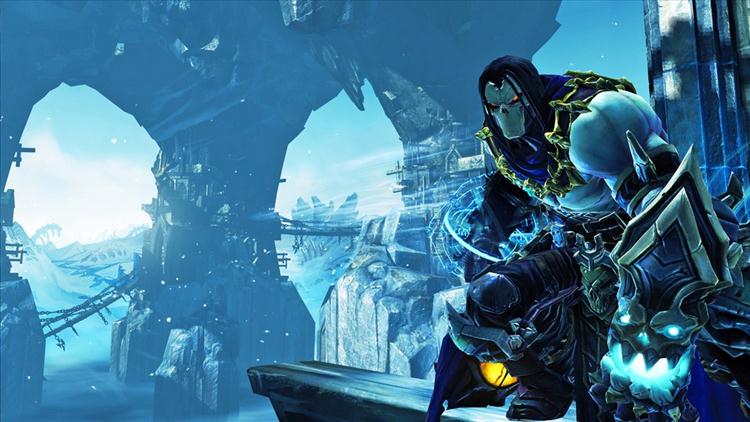 Argul’s Tomb is a new gameplay zone, which includes two challenging new dungeons, new enemies to best and unique legendary loot to collect. Tailored towards players that have finished at least the first three zones of the main game, Argul’s Tomb adds an additional challenge for gamers of all levels.

Any new purchaser of the Limited Edition version of Darksiders II will find a unique code in their game box entitling them to download this first content pack for free. Users should follow the instructions on the card to redeem their content. For all other customers Argul’s Tomb is available to download for 560 MS Points / $6.99 / €5.49 / £4.39 / AUD9.25.

The content will be available to download on Xbox 360 and PC worldwide as well as PS3 in North America on Tuesday 25th September. The European PS3 version will go live the next day on Wednesday 26th September.

Argul’s Tomb will be included on the disc at launch for Wii U along with additional bonus content.

Darksiders II follows the exploits of DEATH, one of the four horsemen of the Apocalypse, in an action-packed tale that runs parallel to the events in the original Darksiders game. This epic journey propels DEATH through various light and dark realms as he tries to redeem his brother WAR, the horseman blamed for prematurely starting the Apocalypse in Darksiders.

Darksiders II is available for PlayStation 3 and Xbox 360 and PC, with a WiiU version scheduled for release at launch of the WiiU. For more information check www.Darksiders.com .


About Darksiders II
Awakened by the End of Days, DEATH, the most feared of the legendary Four Horsemen embarks on a quest to redeem his brother's name. Become the terrifying force which everything fears but nothing can escape.

The original Darksiders®, released in January 2010, received critical acclaim including the Best Fantasy Game 2010 award from IGN.Darksiders followed the story of WAR, wrongly accused of starting the apocalypse, on a quest to reclaim lost honor and take revenge on those who wronged him.

About THQ
THQ Inc. (NASDAQ: THQI) is a leading worldwide developer and publisher of interactive entertainment software. The company develops its products for all popular game systems, personal computers and wireless devices. Headquartered in Los Angeles County, Calif., THQ sells product through its global network of offices located throughout North America, Europe and Asia Pacific. More information about THQ and its products may be found at www.thq.com. THQ, Darksiders and their respective logos are trademarks and/or registered trademarks of THQ Inc.

Microsoft, Xbox, Xbox 360, Xbox LIVE, the Xbox logos, and the Xbox LIVE logo are either registered trademarks or trademarks of Microsoft Corporation in the U.S. and/or other countries.

The statements contained in this press release that are not historical facts may be “forward-looking statements” within the meaning of the Private Securities Litigation Reform Act of 1995. These forward-looking statements are based on current expectations, estimates and projections about the business of THQ Inc. and its subsidiaries (collectively referred to as “THQ”), including, but not limited to, expectations and projections related to the Darksiders® II video game and are based upon management’s current beliefs and certain assumptions made by management. Such forward-looking statements are subject to risks and uncertainties that could cause actual results to differ materially from those expressed or implied by such forward-looking statements, including, but not limited to, business, competitive, economic, legal, political and technological factors affecting our industry, operations, markets, products or pricing. Readers should carefully review the risk factors and the information that could materially affect THQ’s financial results, described in other documents that THQ files from time to time with the Securities and Exchange Commission, including its Annual Report on Form 10-K for the fiscal period ended March 31, 2012 and subsequent Quarterly Reports on Form 10-Q, and particularly the discussion of trends and risk factors set forth therein. Unless otherwise required by law, THQ disclaims any obligation to update its view on any such risks or uncertainties or to revise or publicly release the results of any revision to these forward-looking statements. Readers are cautioned not to place undue reliance on these forward-looking statements, which speak only as of the date of this press release.