by: Dan - posted: 9/19/2012 7:16:00 AM
More On: Xbox Live
Microsoft announced yesterday that they have hired Nancy Tellem, former president of CBS Network Television Entertainment Group into the role of Entertainment & Digital Media President.  While Tellem will not directly oversee the Xbox product itself, she will be placed in charge of a new Los Angeles based production studio and be the primary face of Microsoft to Hollywood as they continue to expand their entertainment offerings.  With Tellem at the head,  this venture has some serious pedigree behind it, as she was instrumental in development and oversight of such shows as CSI, The King of Queens, Everybody Loves Raymond at CBS and both Friends and ER while at Warner Brothers.

What does this mean for the Xbox?  From what I can see, Microsoft is positioning itself to not only continue their quest to be the entertainment hub of your home, but inject their own in-house content.  I believe we can expect original content to flow from the studio Tellem will be heading directly to the Xbox platform, much the way Netflix has started to develop their own content.

At this point, there is no word whether the content coming from Tellem’s L.A. studio will be pay-per-view, or included as part of an Xbox Live Gold package, but I suspect it would be the latter, with maybe limited content for silver members and minor ad support to help offset costs. 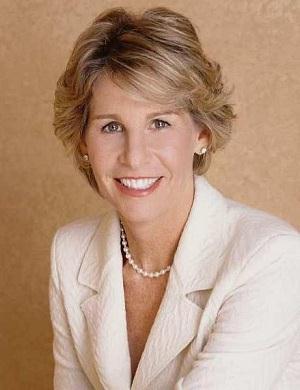 In her role reporting to Phil Spencer, corporate vice president, Microsoft Studios, Tellem will oversee the launch of a newly created production studio in Los Angeles that will develop interactive and linear content for Xbox and other devices. In addition to running the production studio, she will help spearhead the company's efforts to turn Xbox into a destination where consumers can enjoy all their entertainment in one place.

Tellem and her group will collaborate with the creative community to develop unique, compelling storytelling experiences for the Xbox brand. More than just a gaming console, Xbox has evolved into a consumer destination for the world's most popular TV, movies, music and sports content. With a roster of more than 65 entertainment apps, including Netflix, Hulu Plus, HBO GO, MLB.TV, ESPN, YouTube and VEVO, global video consumption on Xbox LIVE has increased 140 percent during the past year. In addition, this September, Microsoft will introduce 2-way TV experiences from renowned entertainment partners Sesame Workshop and National Geographic that will further expand the Xbox platform beyond games, offering entertainment options for everyone in the family.

"I am excited to be a part of the continued evolution of Xbox from a gaming console to the hub of every household's entertainment experience," Tellem said. "The Xbox is already a consumer favorite, and we now have a tremendous opportunity to transform it into the center of all things entertainment — from games, music and fitness to news, sports, live events, television series and movies — so consumers have one destination for all their entertainment needs. I look forward to building a studio team that embraces the challenges of creating true interactive content that the Xbox platform supports and to work with talent to create content that will change the way entertainment content is experienced and delivered."

"Whether you are voting for your favorite contestant on a TV show or playing a game, entertainment is becoming more personalized and social, driven by the Internet and new tools to interact with content," Spencer said. "We are embarking on a new chapter with the creation of a studio dedicated to making original interactive and linear content, and I'm excited to have Nancy leading this effort."
"With her impressive background in entertainment innovation, I am thrilled to have Nancy join our team," said Don Mattrick, president of the Interactive Entertainment Business Group at Microsoft. "Under her direction, we look forward to building and extending our creative offerings from the living room to all your devices."

Tellem has been a CBS executive since 1997, most recently as senior adviser to CEO Leslie Moonves, where she explored business and strategic opportunities — domestic and international — involving content partnerships, new production models, emerging media and technologies. As president of the CBS Network Television Entertainment Group, Tellem supervised programming, development, production, business affairs and operations. She oversaw the network's prime-time, daytime, late-night and Saturday morning lineups (with shows like "CSI," "Survivor," "Everybody Loves Raymond" and "The King of Queens"). Before joining CBS, Tellem was executive vice president of Business and Financial Affairs for Warner Bros. Television and was part of the team that launched the landmark programs "Friends" and "ER."

In 2006, Tellem was inducted into the Broadcasting & Cable Hall of Fame for her contributions to the electronic arts. In 2008, Forbes ranked her 32nd on its list of "The World's 100 Most Powerful Women" and Entertainment Weekly named her the third-smartest person in TV for quickly restoring CBS's entire primetime lineup after the 100-day writers' strike. That same year, the National Association of Television Program Executives awarded Tellem a Brandon Tartikoff Legacy Award in recognition of her "extraordinary passion, leadership, independence and vision in the process of creating TV programming."