Surprise: Black Ops 2 headed to the Wii U!

by: Jeremy - posted: 9/13/2012 11:36:00 AM
More On: Call of Duty: Black Ops 2
Activision announced this morning at Nintendo’s Wii U preview event that Call of Duty: Black Ops 2 is in fact headed to Nintendo’s new console. While the exact release date wasn’t revealed, it was stated that the game will be released within the system’s launch window (November through March).

The Wii U version of Black Ops 2 aims to deliver the full HD experience of the title, not a scaled down version as Wii users have been treated to in the past. This version will feature a variety of gameplay elements that will incorporate the Wii U gamepad’s unique touchscreen in a variety of ways. The screen on the gamepad can be used to view the in-game minimap on the fly or perhaps for a second player to join in for gameplay without having to utilize a splitscreen option on the main television.

For Nintendo fans, this is undoubtedly huge news as the company finally seems to be going head to head with the competition with a multi-platform offering rather than offering a scaled down version. On the other hand, if the title misses the system’s launch on November 18, is it even a viable title? If Black Ops 2 does launch until after the New Year, why would anyone buy it on that platform versus a system they likely already own? Either way it does at least show a little progress in the Nintendo camp. 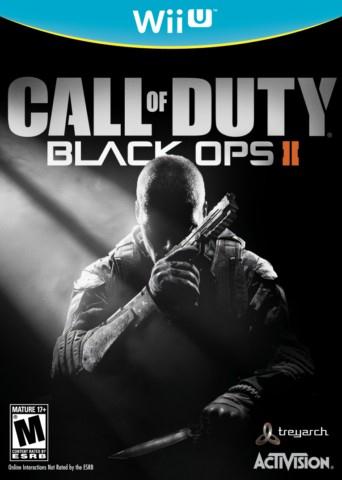