by: John - posted: 6/10/2012 1:10:00 PM
More On: E3 2012
My annual visit to Razer at E3 brought forth a few new items at the show. I won't go too much into details of the Battlfield 3 headset as that as announced last week and I already posted about it, but in person the headset felt very light and solid. Also,  it looked pretty slick up close.

So let's start with the new mouse. Fans of the old Copperhead will enjoy what the Razer TaiPan brings. For those wating a no frills high performing mouse, the Taipan is it. 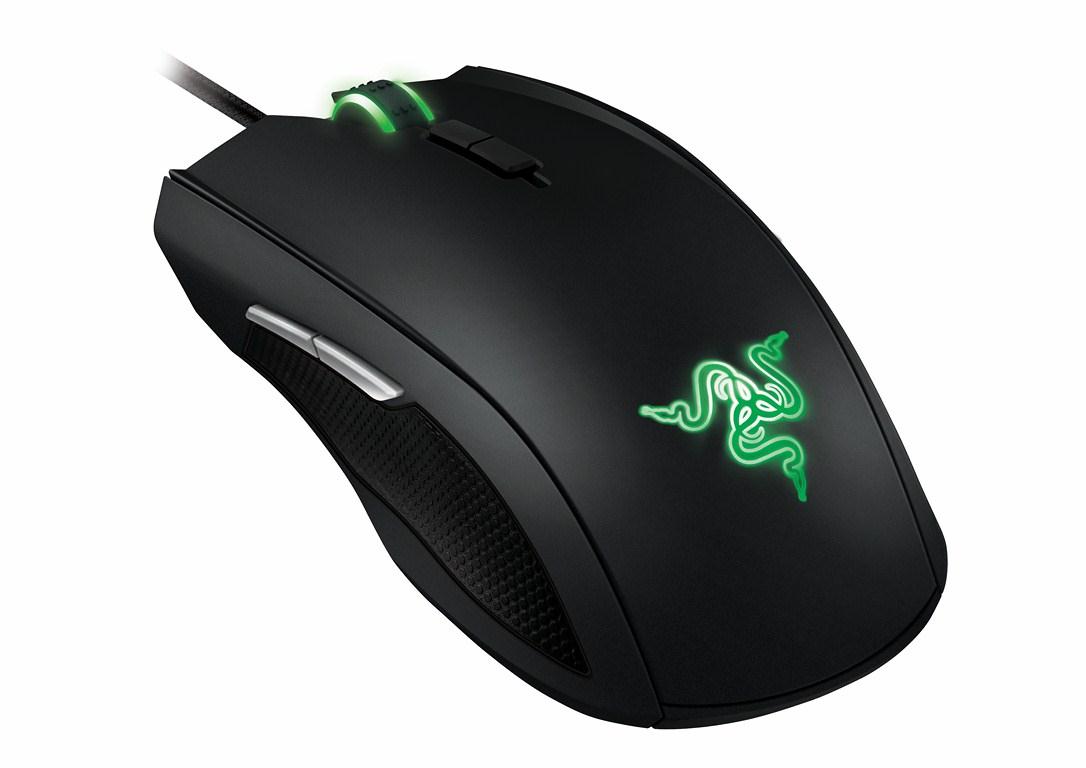 It's got an ambidextrous design so both right and left handed players can enjoy the mouse. Underneath is a 8200DPI dual sensor. What the dual sensor option can do is minimize the mouse jitter when lifting the mouse off the surface and moving it to some place else.

9 programmable buttons are present giving you a nice count of buttons to work with. On the side with the thumb buttons are contoured thumb grips for comfort.

As announced a few days ago, this mouse will have Synapse 2.0 support meaning all your settings, macros, etc, will be saved into the cloud for later retrieval at any place you have Internet access.

The Razer Taipan will be available for $70 next month.

Finally, the one thing that was really, really cool was Razer's concept for a Mechwarrior Online controller. This beast has a flight stick on the right, a button and throttle setup on the left, and a tablet like screen in the middle. Now, the screen isn't touch, but that could be  possibility although it would add to the probable high cost of the setup.


Razer's taking feedback right now on what they should do with it, but I definitely would make the center console a touch screen. At the minimum, add some buttons under the screen to allow you to go through a few options. Or, allow people to use their own tablet and make a companion app that integrates into the game.

While it's not due for a long time, or even at all, the Mecharrior concept controller certainly looks impressive up close and one that I think would garner a lot of interest in hard core players.

All in all, Razer had a nice showing at the show. The star of their booth was probably the Mechwarrior Online concept controller and I heard a lot of folks wanting to see this thing come to fruition. Let’s hope for all us Mechwarrior fans that it does and we’ll be able to play using something that looks like it was taken straight out of a Mechwarrior cockpit.