by: John - posted: 6/9/2012 2:37:00 PM
More On: Damage Inc: Pacific Squadron WWII E3 2012
Mad Catz is continuing in trying to get out of the notion that they produce low grade third party products and they have for a while now. At E3, they showed me a few new items coming for this year as well as the first game they are looking at publishing.

With the Wii U coming out this year, Mad Catz is ready to go with their line of peripherals for the new console. They have two new charging bases, one for the Wii U controller and one for two Wiimotes. The Wiimote charger can hold two Wiimotes and it’s got a nice little magnetic backing so that you can just sit the Wiimotes onto the charger and it will “snap” into place.

For the new Wii U controller, a similar style base is being produced and it will plug into a charging port. The prototype didn’t display this, but the base will have an adjustable angle to it, so you can place it on a table and move it to an angle that you are comfortable looking at. 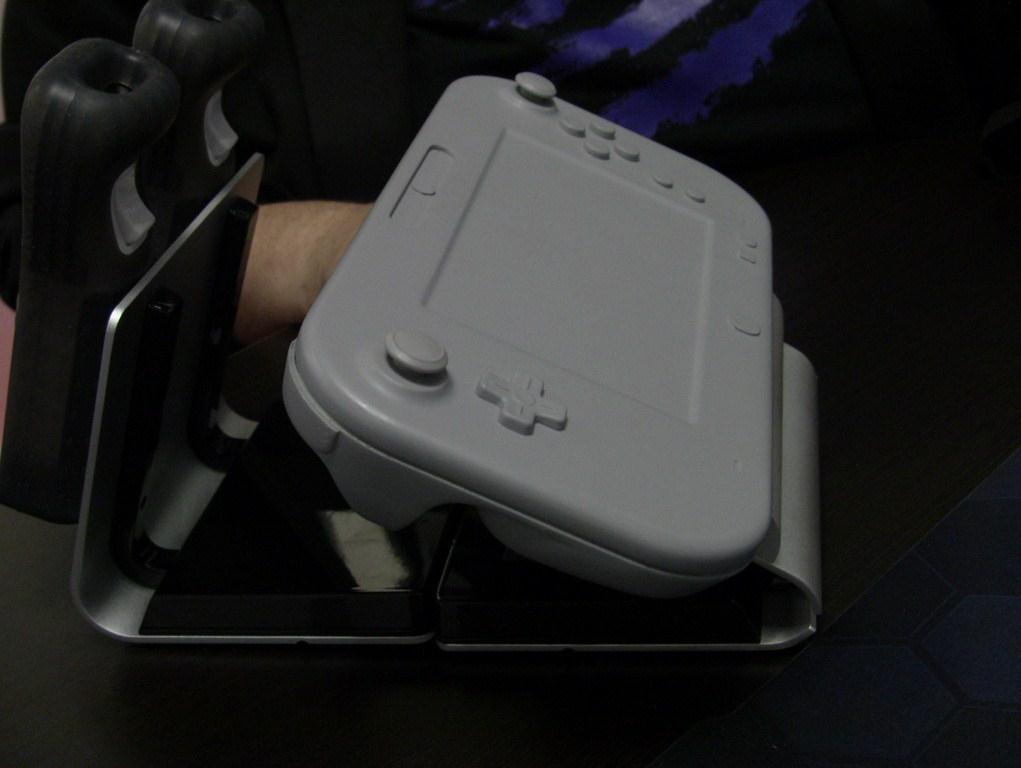 Similar to the smart cover for an iPad, Mad Catz will be producing one too for the Wii U controller. With included folds and a magnet to keep it closed, the case will cover the touch screen for protection.

With the two charge bases together, you can place the two on opposite ends and have the Wii U console sitting right in the middle, making it for a compact place to put all your gaming controllers.

Mad Catz will also but putting out an officially licensed Wii U headset that will include a mic for voice chat. It’s called the Kunai and it’s actually part of a range of Kunai headsets. They will be one of the first companies to have an official Wii U headset as well.

All the Wii U products at display for E3 should be available at launch time of the console.

Remember the 7.1 wireless surround sound headset for the Xbox 360 that uses the official Microsoft chip? Well, it’s finally going to be launched this Summer. The Warhead 7.1, which I saw at E3 last year, was indeed working at the show and it sounded great! Ease of use in plugging it in and syncing with an Xbox 360 makes this the premium Xbox 360 headset to get. Look for the Warhead 7.1 in a few months. 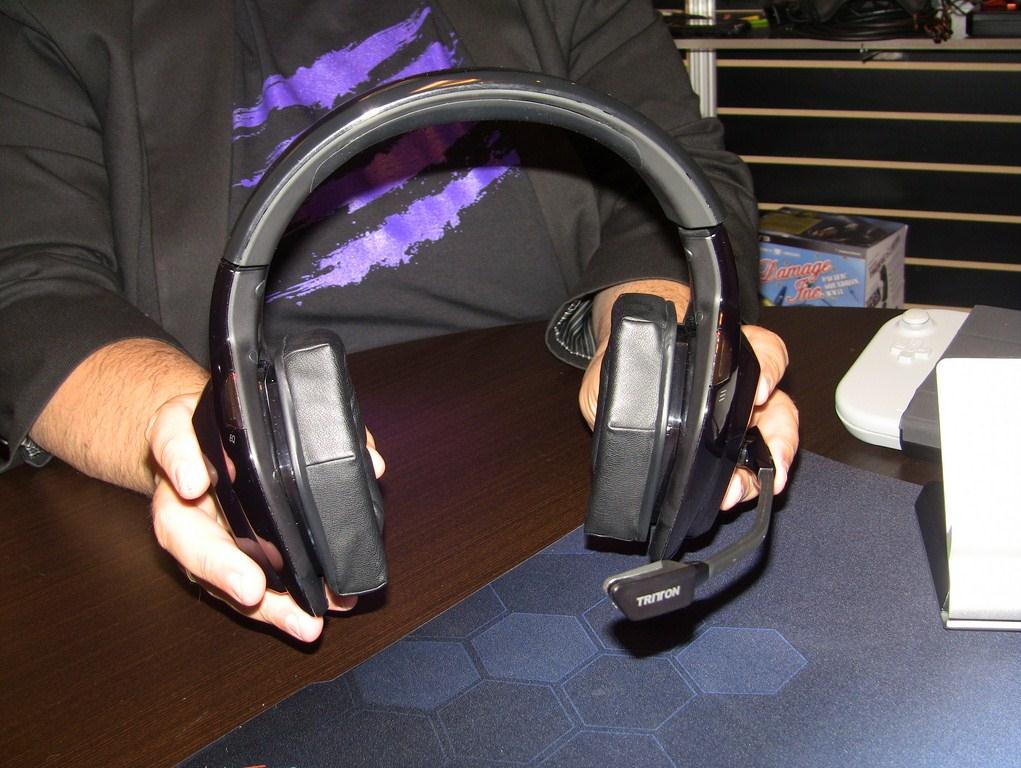 The game features 23 missions with many, many objectives with up to four people in co-op, drop in drop out mode. It’s not a simulation as it’s more like Crimson Skies, where the action is fast and furious without making flying hard as nails.

Several arcade like features help you get into the action quick and slow down the action for you to make you more effective. You can “turbo” into the action quickly with the a press of a button instead of waiting to fly there. That way if the enemy’s far off, you don’t have to wait too long before the dog fighting begins. There’s also a bullet time mode, which will slow down the action on the screen so you can pick off the enemies a lot more easier. So from those two features alone, you can see the folks behind Damage Inc. is looking to make a more fun, action dog fighting game here.

You get unlimited guns and unlimited missiles as well. I sat down and played it for a few and found it a rather nice little arcade flying game. It’s not overly complicated and it was quick and easy to get into. The graphics were solid offering up nice water effects and solid plane and ship models.

Damage Inc. should have some replay value with unlocks, achievements, and various side objectives that you can try and play for. Now the game’s going to come in two flavors. The game itself will be the traditional 59.99, but you can purchase it along side the controller made specifically for the game. The flight stick features a throttle, a few switches, a sturdy build, and should make for flying in Damage Inc. more fun over a traditional controller. If you decide to get the game with the controller, it’ll be $99.99, so not too much more than the game itself. Look for Damage Inc. this August. 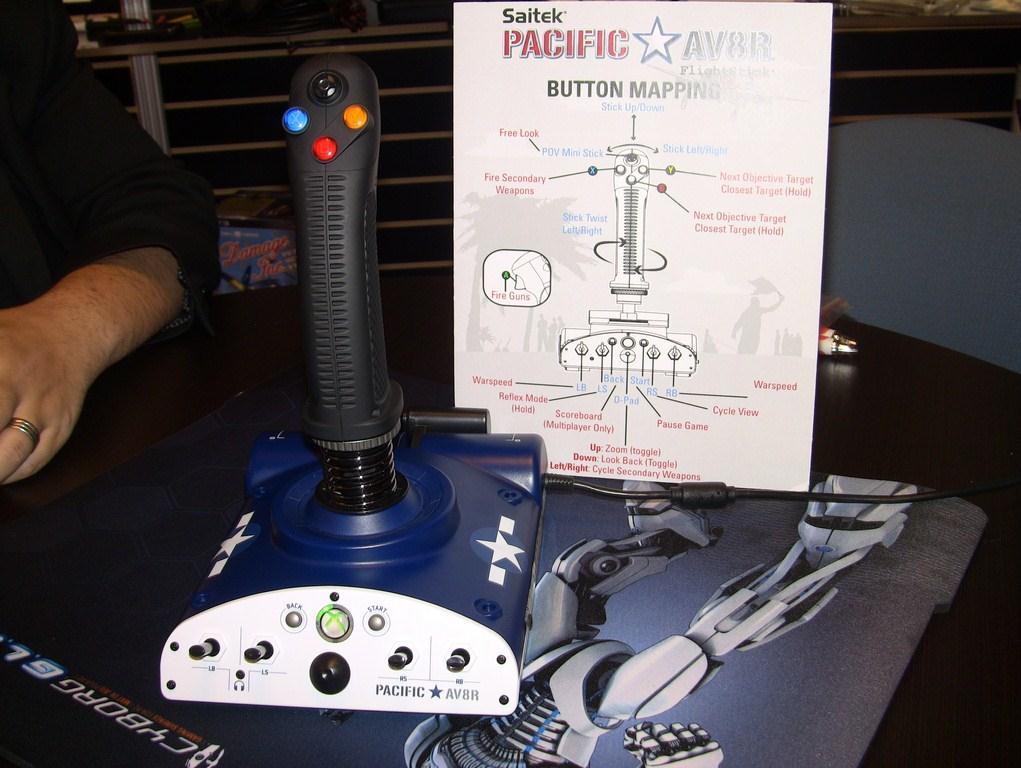 Mad Catz showed off a nice range of items with the Warhead 7.1 being my favorite of their booth. I’m curious to see how they are going to do publishing a game though. Many of the products shown will be available soon, so if you’re interested in anything shown at their booth, it won’t be much long of a wait to get your hands on them.