So what SEGA had was a team deathmatch setup where a group of xenomorphs took on a group of Marines. As you can probably guess, the xenomorphs had a clear advantage and it didn’t take long before the Marines, the team I was on, was being eaten left and right.

You had a plethora of weapon options when playing as a Marine so anytime you respawned you could change your layout. I spent most of my time with the good ole machine gun that we’ve come to know and love.

In the small level that was presented, you had little time to bring up your sonar to check for alien movement before they came coming at you. I will say the sight of a xenomorph jumping around, crawling on the walls and ceiling, coming after you was pretty intense. They were quick and deadly when they caught you and your chances of surviving a close encounter was pretty small. 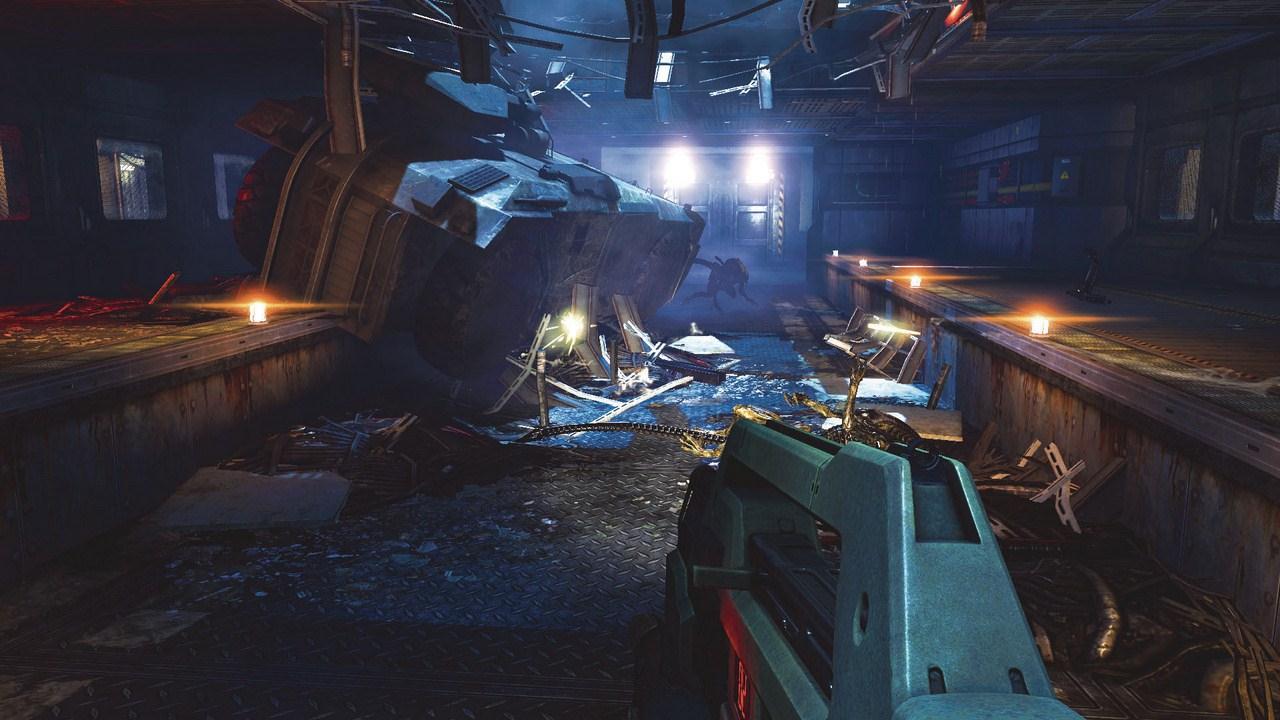 Combine the great movement that the xenomorphs exhibited with the dark atmosphere of the level and you have a game that pretty much captures the look and feel of an Aliens movie. If you ever want to be stuck in the middle of a heart racing situation of fending off xenomorphs from all around you, here it is.

The developers have done a pretty good job at modeling and animating how well the xenomorphs move. They crawl with great speed and can jump at you from anywhere. The xenomorphs look very, very close to what you would see on the silver screen. Sleek, black, and wiry, the Aliens’ design is spot on for Colonial Marines.

The marines themselves are also done very well and mimic what you see in the movies. Along with the uniform that’s exactly the same as you remember it, the weapons are also spot on. The iconic machine gun that I used looked picture perfect and dealt some nice damage to charging xenomorphs.

As a marine, you also have access to that famous motion sensor and uniquely sounding beep that looks to warn you of any incoming enemies. To be honest, the motion sensor was hard to use effectively as you couldn’t fire your gun when it’s in use and it’s a little slow to bring up and bring down. When I was playing, it did serve a little usefulness as long as the xenomorphs weren’t too close, but because the level was so cramped, they were almost always within striking distance. Perhaps in levels of larger size, the motion sensor can be more useful. 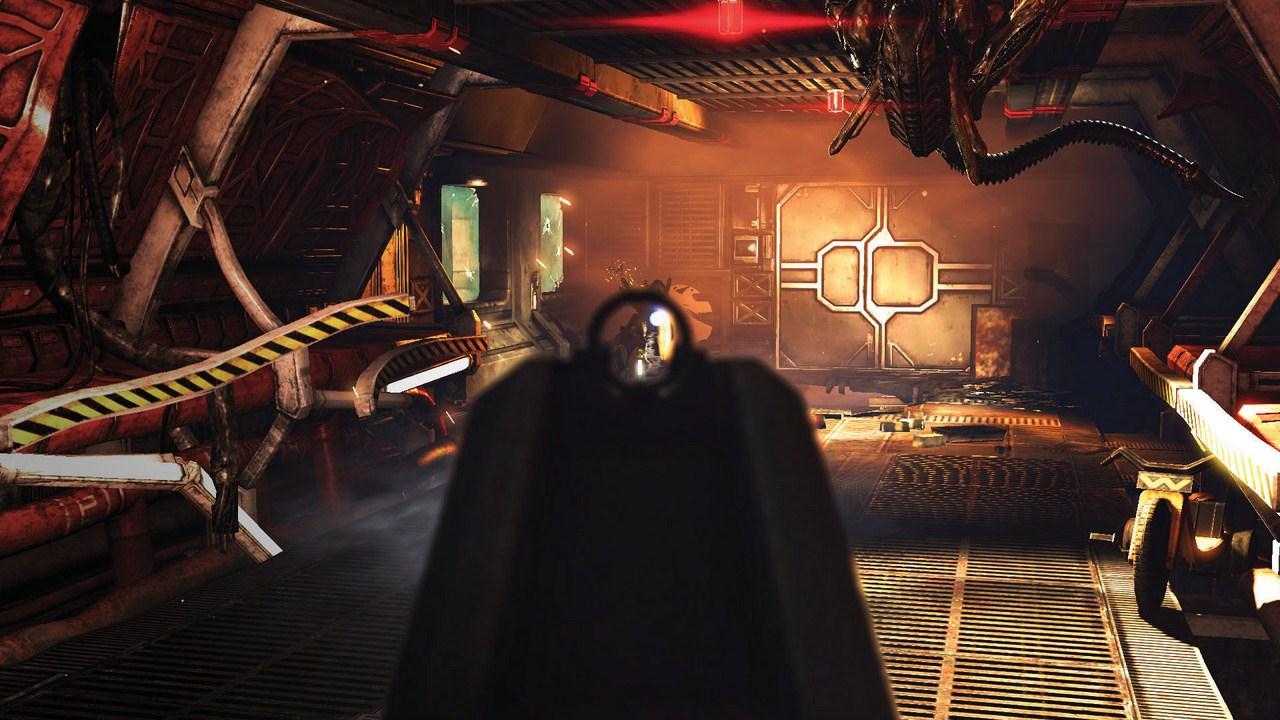 Even though I walked away with a 1:1 kill to death ratio (which I was incredibly lucky to do), I still felt pretty helpless as a marine. Maybe, just maybe with better teamwork, we could survive a lot better, but that was pretty much impossible when you through five random people into the fray.  But, I can see potential in deathmatch should marines work as a good team against the might and quickness of the xenomorphs.

There are other multiplayer modes, but the deathmatch demo at E3 gave me a quick glimpse as to how the game’s online feature is progressing. It feels like a very well done Aliens game and Gearbox and associates have done a top notch job at making it feel like it fits into the universe. Let’s hope the rest of the game takes shape and we get a really, really good Aliens game with Colonial Marines.