With the explosion of mobile gaming, Nyko is partnering with NVIDIA to produce two gamepads specifically to work with tablets. On hand at the display were ASUS Transformer Primes with their prototype mobile game pad connected. 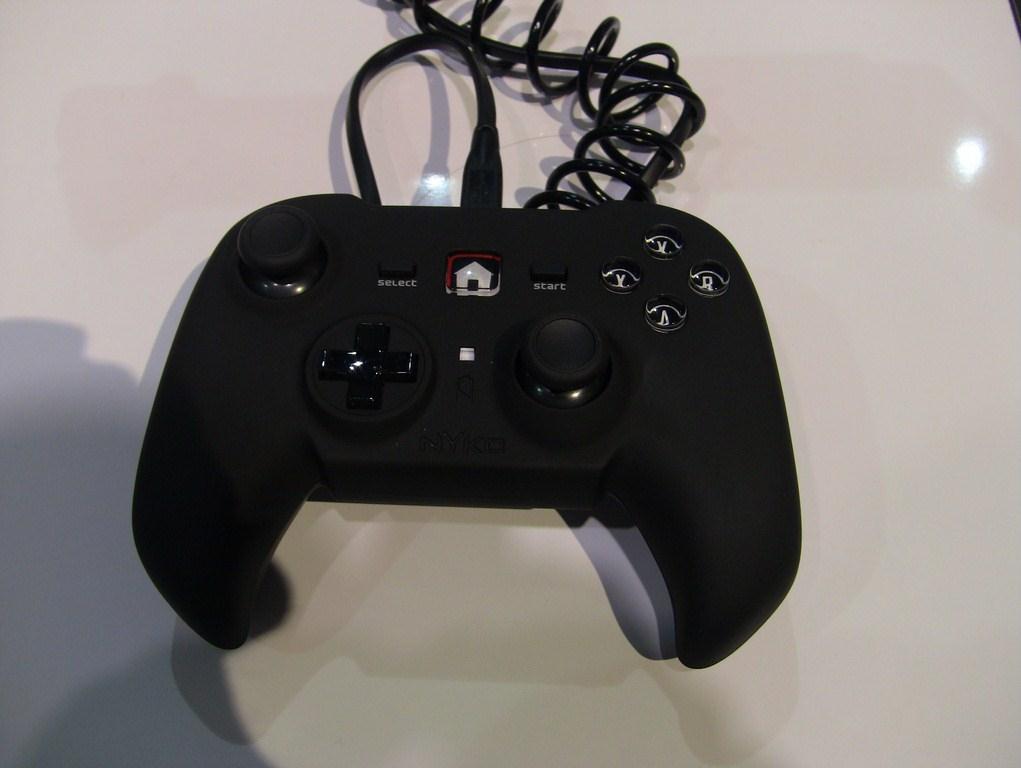 The first gamepad is a more traditional sized console gamepad in a Xbox 360 controller like shape called the Playpad Pro. Covered in a non-slip coating, the full sized game pad feels very good in the hand and the sticks felt very solid. Good springs and a good feel when being moved around. The buttons also had a nice feel on the press.

The smaller version, called the Playpad, features sticks similar to those found on the Vita. They moved around well and while the controller is smaller in the hand, I still felt I had a good grip on it. The smaller controller also comes with a tablet stand that folds out for both portrait and landscape propping. When propping up in portrait mode, the base extends even more for a more stable placement. 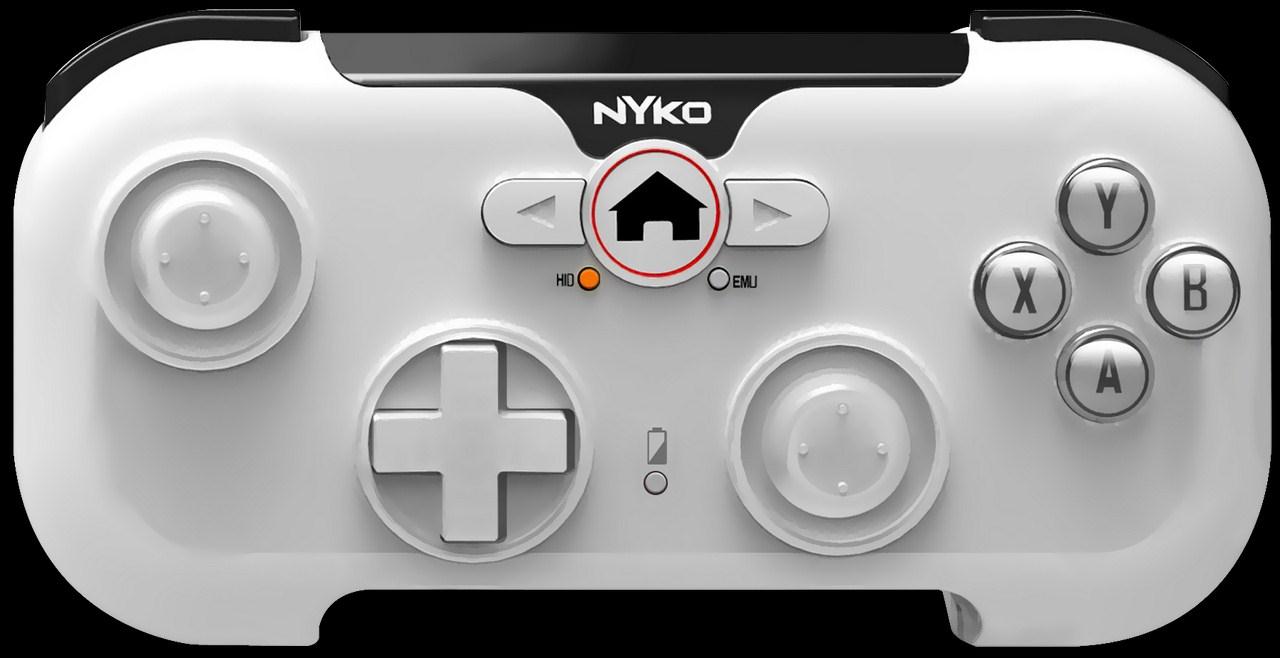 Nyko's also going to be putting out software for the controllers to use to easily map buttons as you would like. You can also save profile for games and load them up quickly.

Something really cool is that the Nyko software will let you download and/or purchase games and not only will it grab the game from the Google Play store, it will automatically download a profile for that game to be used with your gamepad. Now that's convenience.

The products shown were prototypes and there can be still some changes in the works, but for those that don't want to root their tablet or phone and use a game controller, this looks to be a good option.

PlayStation 3 fight stick fans will be happy to know Nyko's first foray into a fight stick is on the way to you later this year. The Free Fighter has a few unique features that might appeal to some folks. 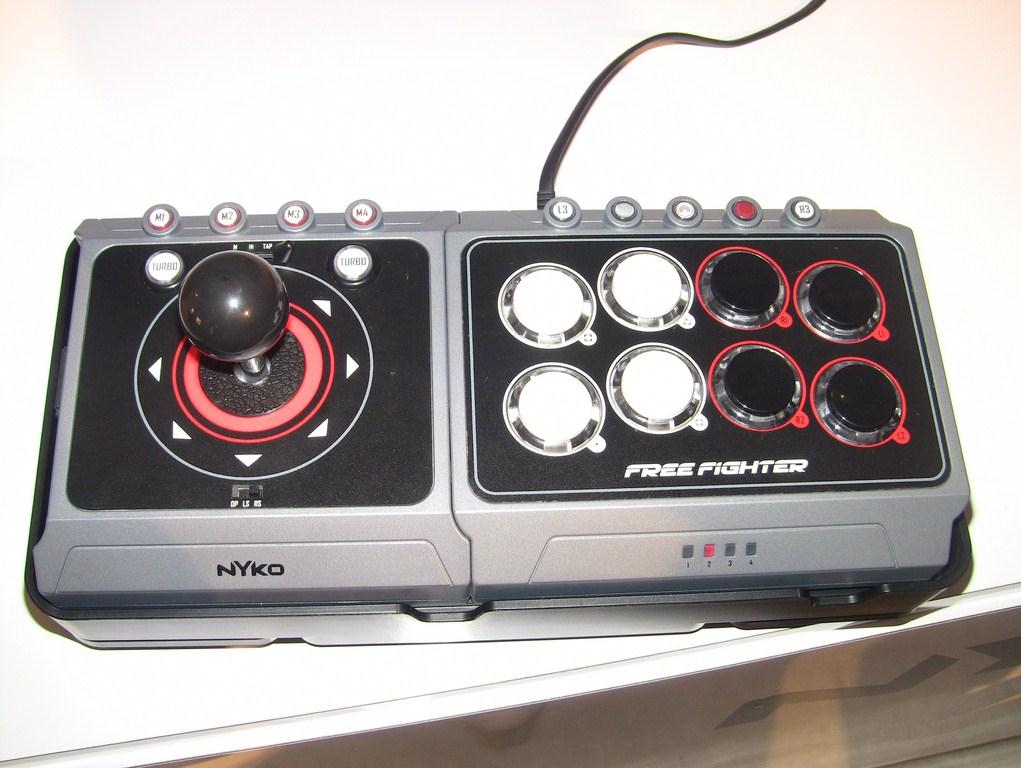 You can actually put the stick on either side of the bottoms so if you are a lefty and want a left handed stick, just pop it off and plug it in on the opposite side. In the shot, you can see there's also a network cable connected. You can plug in an included cable to keep the two areas separate and still have it usable.

A base will also come with the unit that can elevate the stick and keep it together. You really don't need to use the base to keep the two sides together as they are locked in, but the base can provide more support.

In the button configuration, you can see macros and turbo buttons. You'll be able to generate combinations of presses and joystick movements and save it to a button. Since you can't use macros or turbos in tournament play, there's a switch to turn all those extra features off making the stick tournament safe.

Playing around with the stick, I thought the springs in both the buttons and the stick could use some tightening up a bit. The unit as a very early prototype, so things can change when it's released here as well.

Right now, this is going to be a PlayStation 3 exclusive, so sorry Xbox 360 folks. Look for the Free Fighter sometime near the end of the year.