There's nothing funny about these Max Payne comics

by: Nathaniel - posted: 6/6/2012 1:43:00 PM
More On: Max Payne 3
Gaming's most darkly humored law enforcement officer, Max Payne, is the star of his own line of comics now, and Marvel has just announced that Max Payne 3 Issue #2: Hoboken Blues will be available as a free download on the Max Payne 3 Official Site on Tuesday, June 12 - with availability through other digital comic outlets following soon thereafter.

Hoboken Blues follows Max as he falls deeper into his own destroyed psyche and explores the circumstances that led him to commit a very dangerous act of violence you get to experience first hand in the recently released Max Payne 3. 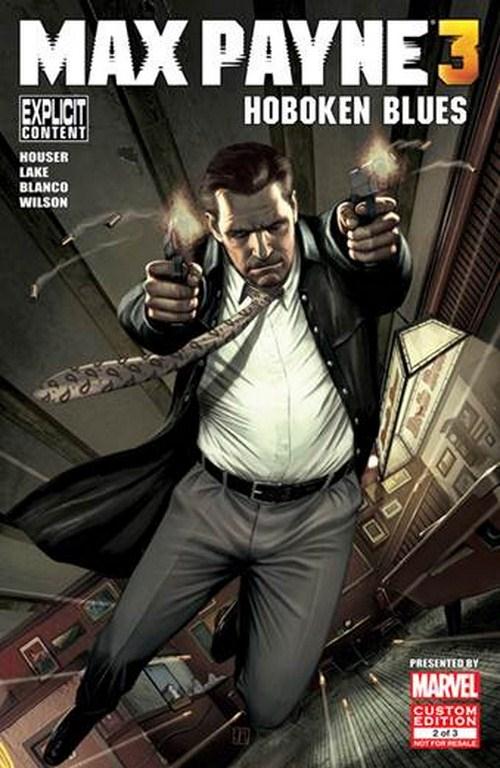 Announcing Max Payne 3 Issue #2: "Hoboken Blues," the middle chapter of the three part comic series produced by Marvel,  which will be available as a free download via the Max Payne 3 Official Site on Tuesday, June 12th (and available at additional digital comic outlets soon after).

"Hoboken Blues" further explores Max's fractured psyche as he recalls the circumstances of his life that led up to his confrontation with Tony DeMarco in the Hoboken dive bar at the onset of Chapter 4 in Max Payne 3. Max's time as a New York City cop, his early days on the force, meeting his wife and his ultimate dismissal from the NYPD in the wake of the events that transpired in Max Payne 2: The Fall of Max Payne are all featured in this new issue, again written by Dan Houser and Remedy's Sam Lake, with cover art by Jorge Molina and pencils and inks by Fernando Blanco.

There's also still time to get your hands on a printed edition of Issue #1: "After The Fall", as we're giving away ten copies to lucky Social Club members every week until through the end of this month. Just enter your Social Club info at www.rockstargames.com/maxpayne3/comics for your chance to win.