by: Jeremy - posted: 6/5/2012 9:15:00 AM
More On: PlayStation Vita E3 2012
Gamers have been begging for it since the console launched and Sony has confirmed that it is finally coming: the PlayStation Vita will be receiving full PlayStationOne Classic(s) support this Summer!

Sony is planning to roll out a system update for the Vita later this Summer which will allow gamers to play all of their favorite PlayStationOne Classics on the portable console. That is, of course, if they are available through the PlayStation Store. This means that titles such as Final Fantasy VII, Crash Bandicoot, and the original REsident Evil will soon be available on the go!

The official announcement is available on the next page. 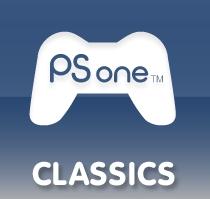