by: Jeremy - posted: 6/5/2012 8:56:00 AM
More On: E3 2012
Goodbye THQ and hello Electronic Arts! EA has announced that they have reached an agreement with Zuffa, LLC to produce UFC branded video games. THQ had been the publisher for the titles up until now.

EA sports will now be responsible for the development and publication of UFC branded video games, which will replace their EA MMA series which recently had its servers shut down. If you recall, there was quite a publicity quarrel between the two companies previously when EA revealed its MMA property; UFC owner Dana White publicly warned any and all fighters associated with the project that they would be blacklisted from the UFC. Obviously, White’s feelings have changed since then.

While EA has yet to announce their first title under the new licensing agreement, you can bet work is already underway! You can read the full press release regarding the new partnership on the next page. 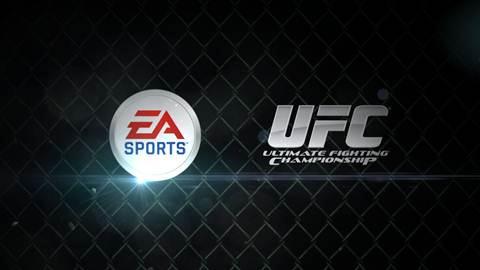 “We’re thrilled to begin a long-term partnership that will bring fans incredibly authentic, and deeply connected, UFC videogames,” said Andrew Wilson, EVP and Head of EA SPORTS.  “UFC has become a global powerhouse because they have the world’s best fighters, competing in the world’s best mixed martial arts events.  We share UFC’s passion for the sport, and we look forward to capturing all of the intensity and excitement of the action with unique new game experiences across a range of platforms.”

“We’d like to thank THQ for creating some of the most critically-acclaimed sports videogames of this console generation, and we’re excited to enter a new relationship with EA that will help us deepen our connection with fighting fans around the world,” said UFC President Dana White.  “There’s no one better at creating authentic sports videogames than EA SPORTS, and we’re excited to have a partner who shares our vision of deep, connected and multi-platform global game experiences.”

“We’ve relished our relationship with UFC over the last several years and believe that the UFC gaming brand is in great shape. THQ’s more focused strategy moving forward meant that transferring the license to EA made sense to all parties,” said THQ CEO Brian Farrell. “We’d like to thank the UFC for their great support and partnership and wish EA all the best moving forward.”

In fiscal 2012, EA posted GAAP net revenue of $4.1 billion. Headquartered in Redwood City, California, EA is recognized for a portfolio of critically acclaimed, high-quality blockbuster brands such as The Sims™, Madden NFL, FIFA Soccer, Need for Speed™, Battlefield™ and Mass Effect™. More information about EA is available at http://info.ea.com.

EA SPORTS, The Sims and Need for Speed are trademarks of Electronic Arts Inc. Mass Effect is a trademark of EA International (Studio and Publishing) Ltd.  Battlefield is a trademark of EA Digital Illusions CE AB.  John Madden, NFL,  FIFA, NHL, NBA, NCAA, Tiger Woods and PGA TOUR are the property of their respective owners and used with permission.

About UFC
Universally recognized for its action-packed, can’t-miss events that have sold out some of the biggest arenas and stadiums across the globe, the UFC® is the world’s premier mixed martial arts organization. Owned and operated by Zuffa, LLC, headquartered in Las Vegas and with offices in London, Toronto and Beijing, UFC® produces more than 30 live events annually and is the largest Pay-Per-View event provider in the world.  In 2011, the UFC burst into the mainstream with a landmark seven-year broadcast agreement with FOX Sports Media Group. The agreement includes four live events broadcast on the FOX network annually, with additional fight cards and thousands of hours of programming broadcast on FOX properties FX and FUEL TV. This includes the longest-running sports reality show on television, The Ultimate Fighter®, which now air on FX in an exciting new live format.

In addition to its reach on FOX, UFC programming is broadcast in over 149 countries and territories, to nearly one billion homes worldwide, in 20 different languages. UFC content is also distributed commercially in the United States to bars and restaurants through Joe Hand Promotions and in English throughout Canada via Premium Sports Broadcasting Inc. and in Quebec through Interbox. The UFC also connects with tens of millions of fans through its website, UFC.com, as well as social media sites Facebook and Twitter. UFC President Dana White is considered one of the most accessible and followed executives in sports, with over two million followers on Twitter.  Ancillary UFC businesses include best-selling DVDs, an internationally distributed magazine, UFC.TV offering live event broadcasts and video on demand around the world, the best-selling UFC Undisputed® video game franchise distributed by THQ, UFC GYM®, UFC Fight Club affinity program, UFC Fan Expo® festivals, branded apparel and trading cards.