by: Travis - posted: 5/1/2012 9:50:00 AM
More On: Max Payne 3
Rockstar Games and Marvel have unveiled the Max Payne 3 "After the Fall" cover for the first in a three part comic series exploring the dark history of Max's past. Written by Dan Houser and Sam Lake with art by Greg Horn and Fernando Blanco, "After the Fall" will be released as a free download on May 3 through the Rockstar Newswire, official Max Payne 3 website, and other comic distribution services. Fans can purchase limited print editions of the comics in late May.

Max Payne 3 will be available on May 15 for Xbox 360 and PlayStation 3, with the Windows PC version releasing later on May 29. 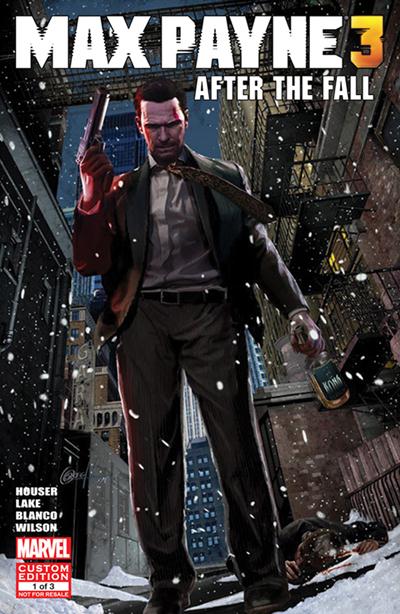