Shake those martinis in 007 Legends

by: Travis - posted: 4/19/2012 4:00:00 PM
More On: Goldeneye 007 007 Legends
With the upcoming 50th anniversary of the James Bond franchise and the 23rd film, Skyfall, Activision Blizzard, its subsidiary Activision Publishing, and developer Eurocom have unveiled 007 Legends. Described as a first-of-its-kind game in the Bond series, 007 Legends will have gamers reliving adventures from six of the classic Bond films and concluding with Skyfall.

Following in the films' traditions, players will be able to wield Bond's famous Walther PPK, utilize an array of gadgets, drive fancy vehicles, travel to locations around the globe, battle villains and their henchmen, and lastly, seduce various women. Activision Publishing Executive Vice President David Oxford describes 007 Legends as creating "...an homage that we think will be a unique and highly entertaining Bond video game."

The game will also see the return of the single-player Mi6 Ops Missions from GoldenEye 007: Reloaded, along with an expansive multiplayer experience. The multiplayer will feature both four-player split-screen and online game modes with characters, maps, and weapons from the 50 years of Bond history.

007 Legends will launch this fall for Xbox 360 and PlayStation 3. 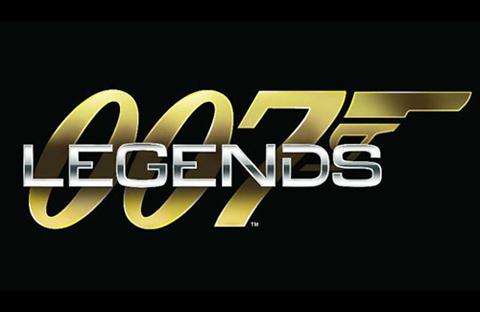 A first-of-its-kind Bond video game, 007 Legends features an original, overarching storyline tying together six classic Bond movies, concluding with this year's highly-anticipated 23rd installment — SKYFALL — to offer the most diverse Bond gaming experience yet!  As with the feature films, 007 Legends equips players with state-of-the-art spy gadgets, an arsenal of weapons, including Bond's signature Walther PPK, and sleek vehicles as they jet off to exotic locations and utilize Bond's quick wits, class and style to take down notorious villains and their brutal henchmen, perform impressive stunts, and of course...mingle with gorgeous Bond women.

"To honor 50 years of the world's top secret agent, 007 Legends offers a collection of his most famed moments in the smartest and most treacherous Bond game yet," said David Oxford, Executive Vice President at Activision Publishing, Inc.  "Creating a video game storyline that ties together six popular, yet very different, Bond movie narratives can be challenging, but together with EON Productions, our developer Eurocom, has pulled it off to create an homage that we think will be a unique and highly entertaining Bond video game."

In addition to 007 Legends' main story, the game will feature the return of fan-favorite single-player Mi6 Ops Missions, which debuted in GoldenEye 007: Reloaded and challenges players to complete extra missions ranging from all-out action to stealth and gadget-based gameplay and compete for the highest online leader board scores.  For the first time ever, players will be able to participate as one of Bond's cohorts or villainous foes, reliving the missions through their eyes, as well as 007's.  The robust James Bond multiplayer experience includes local four-player split-screen game modes and online competitive gameplay with new maps, weapons and characters derived from Bond's 50 year legacy.  With more gadgets, deeper stealth and spy investigation gameplay, gamers will have every opportunity to truly feel like the world's favorite spy.

Planned to launch this fall, 007 Legends is being developed by Eurocom, under license from EON Productions Ltd. and Metro-Goldwyn-Mayer Studios, Inc. (MGM) for the Xbox 360® video game and entertainment system from Microsoft and PlayStation®3 computer entertainment system.  Stay tuned for more information on the game's official Web site and Facebook page.

About EON Productions/Danjaq, LLC
EON Productions Limited and Danjaq LLC are wholly owned and controlled by the Broccoli/Wilson family.   Danjaq is the US based company that co-owns, with MGM, the copyright in the existing James Bond films and controls the right to produce future James Bond films as well as all worldwide merchandising.   EON Productions, an affiliate of Danjaq, is the UK based production company which makes the James Bond films.   The 007 franchise is the longest running in film history with twenty-two films produced since 1962.  Michael G. Wilson and Barbara Broccoli succeeded Albert R 'Cubby' Broccoli in 1995 and have produced some of the most successful Bond films ever including CASINO ROYALE and QUANTUM OF SOLACE. They are currently producing the 23rd film, SKYFALL.

Activision maintains operations in the U.S., Canada, the United Kingdom, France, Germany, Ireland, Italy, Sweden, Spain, Norway, Denmark, the Netherlands, Australia, South Korea, China and the region of Taiwan. More information about Activision and its products can be found on the company's website, www.activision.com.