by: Travis - posted: 4/5/2012 4:30:00 PM
More On: Heroes of Might and Magic V The Witcher Assassin's Creed The Witcher 2: Assassins of Kings Fallout Botanicula
CD Projekt RED held their spring press conference today and unleashed a wealth of announcements to journalists and gamers in Poland and around the world through their live stream. CD Projekt RED is best known for creating the popular RPG series, The Witcher, and digital download service, GOG.com. The presentation started with a simple introduction to The Witcher 2: Assassins of Kings for those unaware of its narrative and history of sales. Touted as "One of the best looking RPGs ever" on both PC and the Xbox 360, the game will be released this April in an Enhanced Edition.

The Witcher 2: Assassins of Kings - Enhanced Edition
In eight years of business, The Witcher 2 will be the studios' first game to be released on consoles. The developers are deviating from the unfortunate norm of sloppy ports to consoles and opting instead for a game that has been built from the ground up for the Xbox 360. Described as the "most polished and definition version," fans of The Witcher series on both the PC and Xbox 360 have a lot to look forward to with the upcoming release of the Enhanced Edition. The change log for the enhanced edition includes over 100 improvements and fixes, with an impressive list of new features including: The Enhanced Edition will be available in a premium package for a standard price. The Witcher 2 for both Xbox 360 and Windows PC will include the game's soundtrack, world map, game manual, and quest handbook. In contrast with other game releases, The Witcher 2 will not charge more for these bonus items. Previous owners of The Witcher 2 on PC will receive the Enhanced Edition for free on April 17 in the form of an automatic download or pre-download of a 10 GB (or more depending on language packs) update on April 11.

The Witcher 2 Digital Backup and Early Review Program
Other announcements regarding The Witcher 2 included free digital backup copies for all owners of the game and an early review program for 1,000 lucky people. No matter if you purchased the Witcher 2 in a retail store or online through a digital service, everyone who bought the game will be able to receive a free digital backup copy of the game from GOG.com. This is the only edition of the game that is completely free of any DRM. For further details, visit the GOG.com backup page. And the last bit of news concerning the game asks excited fans to register for a chance to receive an early review copy of The Witcher 2. Only 1,000 people will be chosen, but signing up for the review program simply requires a couple of sentences describing why you should be one of the elite few. Be sure to submit your program entry before April 9.

The Witcher now on Mac
The original Witcher also shared some of the spotlight by receiving an announcement that it is now available for purchase on Steam as a SteamPlay title, which allows for both Windows PC and Mac compatibility. If you already owned the Steam version of The Witcher, you will also automatically receive the Mac version. Also, don't worry if your Mac is a couple of years old and lagging behind the current hardware. The developers claim the Mac version works on Apple hardware that is three years old and newer and have heavily tested it for performance on a variety of machines.

GOG.com
The last bit of announcements from the conference included a recap of the latest GOG.com redesign and new catalog of indie games. In addition to the release of indie games, Premium Editions of popular games will now be added to the service starting with the Assassin's Creed: Director's Cut and Heroes of Might and Magic V Bundle. Both include an assortment of special goodies, such as complete soundtracks and artbooks, and retail each for $19.99. Alternately, they can be bought together for a sale price of $19.99 for purchases before April 12. The other bit of news from GOG.com includes the pre-order announcement of Botanicula, from developer Amanita Design that created both Machinarium and the Samorost series, that will be released on April 19 for $9.99 or $8.99 for pre-orders purchases.

Fallout free for 48 fours
The last surprise announcement from the conference was the original Fallout game receiving a price reduction to free for the next 48 hours. Simply head over to GOG.com, sign-up for a free account, and add the game to your library for hours of post-apocalyptic enjoyment. I must give credit to CD Projekt for ending their conference by giving away one of the most-beloved role-playing games on the PC.

With the Fallout announcement, that wraps up the CD Projekt RED/GOG.com Spring Conference coverage for today. If you're seeking further information, be sure to message me on Twitter with any questions or comments. The Witcher 2: Assassins of Kings - Enhanced Edition will be available on April 17 for Xbox 360 and Windows PC. Visit the official Witcher website or GOG.com for further details on any of the conference announcements. 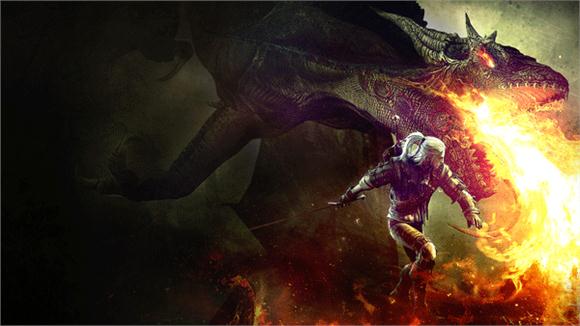