Starhawk gets a limited edition

by: Jeremy - posted: 2/17/2012 12:18:00 PM
More On: Starhawk
Not to be out-done by the other big-name games in the industry, Starhawk has its own Limited Edition bundle up its sleeve(s) for its May launch. When the game launches on May 8, there will be at least 2 different versions available in stores: the standard retail offering and the Limmited Edition.

Gamestop is offering free upgrades to the Limited Edition bundle with any and all pre-orders of the game. This special edition pack will contain the following: What do you think? That doesn’t sound like a bad deal considering it won’t cost you any more than the standard edition if you preorder at Gamestop. 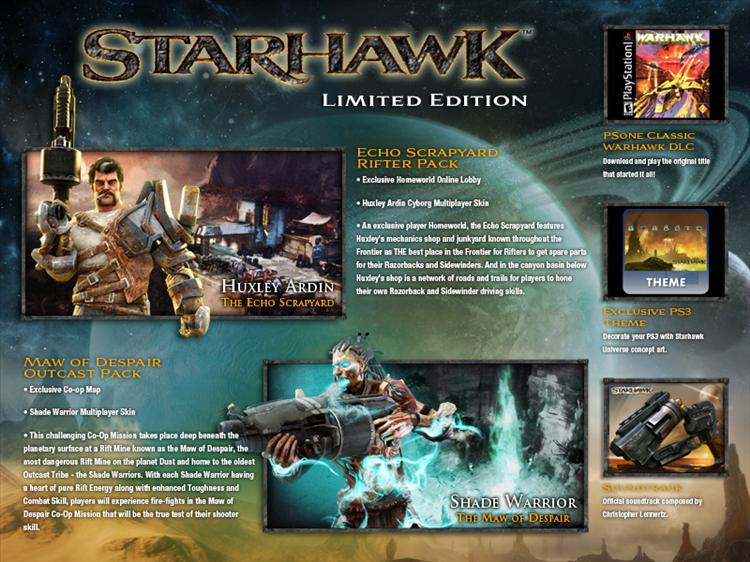