by: Jeremy - posted: 1/23/2012 1:03:00 PM
More On: LEGO Batman 2: DC Super Heroes
Warner Bros. recently announced LEGO Batman 2: DC Super Heroes for nearly every console imaginable. The game, which is due out sometime this coming Summer, will bring more than just characters from the Batman universe into the LEGO gaming world, but heroes from throughout the entire DC lineup.

Batman and Robin will be joined by the likes of Superman, Wonder Woman, and Green Lantern as they battle the armies of the Joker and Lex Luthor. The game will be available for pretty much all platforms on the market, including the PS3, Xbox 360, Wii, PC, DS, 3DS, and Vita.

We’re beginning to wonder what they can’t adapt to the LEGO license, because they haven’t had a bad idea yet. You can find the full press release for the announcement on the next page. 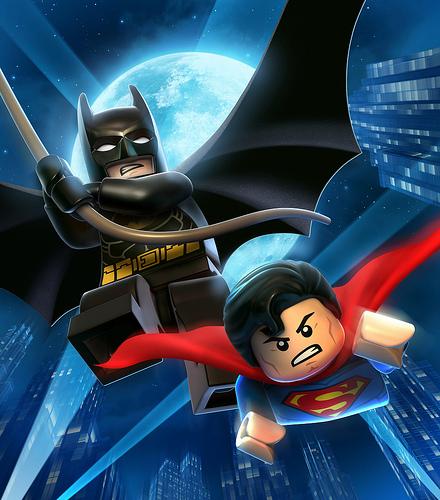 Batman is back to save Gotham City and the action will only build from here! Warner Bros. Interactive Entertainment, TT Games and The LEGO Group are teaming up once again to announce that LEGO(R) Batman(TM) 2: DC Super Heroes will be available beginning Summer 2012 for the Xbox 360(R) videogame and entertainment system from Microsoft, PlayStation(R)3 computer entertainment system, the Wii(TM) system, and Windows PC, as well as the Nintendo DS(TM) hand-held system, Nintendo 3DS(TM) hand-held system, and PlayStation(R)Vita handheld entertainment system. The game is the sequel to the best-selling LEGO(R) Batman(TM): The Videogame, which to date has sold more than 11 million units worldwide.

In LEGO Batman(TM) 2: DC Super Heroes, the Dynamic Duo of Batman and Robin join other famous super heroes from the DC Universe including Superman, Wonder Woman and Green Lantern to save Gotham City from destruction at the hands of the notorious villains Lex Luthor and the Joker. Batman fans of all ages will enjoy a new and original story filled with classic LEGO videogame action and humor as players fight to put the villains back behind bars.

LEGO Batman 2: DC Super Heroes allows players to explore all new areas of Gotham City utilizing a variety of vehicles including the Batmobile and Batwing. In addition, they'll be able to fight for justice by mastering new gadgets and suits, such as Batman's Power Suit and Robins' Hazard Cannon, and using all-new abilities including flight, super-breath and heat vision.

LEGO Batman 2: DC Super Heroes is being developed by TT Games and will be published by Warner Bros. Interactive Entertainment. For more information, please visit www.videogames.LEGO.com .

About the LEGO Group

The LEGO Group ( www.LEGO.com ) is a privately held, family-owned company, based in Billund, Denmark. It was founded in 1932 and today the group is one of the world's leading manufacturers of play materials for children. The company is committed to the development of children's creative and imaginative abilities through its products, which can be purchased in more than 130 countries. Visit www.LEGO.com .

Warner Bros. Interactive Entertainment, a division of Warner Bros. Home Entertainment Group, is a premier worldwide publisher, developer, licensor and distributor of entertainment content for the interactive space across all current and future platforms, including console, handheld and PC-based gaming for both internal and third party game titles.

DC Entertainment, home to iconic brands DC Comics (Superman, Batman, Green Lantern, Wonder Woman, The Flash, etc.), Vertigo (Sandman, Fables, etc.) and MAD, is the creative division charged with strategically integrating across Warner Bros. and Time Warner. DC Entertainment works in concert with many key Warner Bros. divisions to unleash its stories and characters across all media, including but not limited to film, television, consumer products, home entertainment, and interactive games. Publishing thousands of comic books, graphic novels and magazines each year, DC Entertainment is the largest English-language publisher of comics in the world.

LEGO BATMAN 2: DC SUPER HEROES software (C) 2012 TT Games Publishing Ltd. Produced by TT Games under license from the LEGO Group. LEGO, the LEGO logo, the Brick and the Knob configurations and the Minifigure are trademarks of the LEGO Group. (C) 2012 The LEGO Group. All other trademarks and copyrights are the property of their respective owners. All rights reserved.

Windows, Xbox, Xbox 360, and Xbox LIVE are either registered trademarks or trademarks of the Microsoft group of companies.