Mortal Kombat is koming to the Vita

by: Nathaniel - posted: 1/17/2012 2:45:00 PM
More On: Mortal Kombat
And we have proof, in the form of a picture of the cover.  Mortal Kombat for the Vita will be specifically designed to take advantage of the Vita's unique on-the-go features and will have brand new exclusive gameplay elements and content.  And don't worry about the classic Mortal Kombat experience being declawed so it's more appealing to mobile gamers:  all the blood, guts, gore, X-ray moves, and fatalities will be intact, so even when you're on the bus, old ladies can still be horrified by what you're playing.  The 2D combat will include the addition of Tag Team, Challenge Tower, and a solid story mode.  More exclusive features will be revealed in the coming months.  Mortal Kombat for the PS Vita is due for release sometime this year.  Go here, here, here, or follow the jump to learn more. 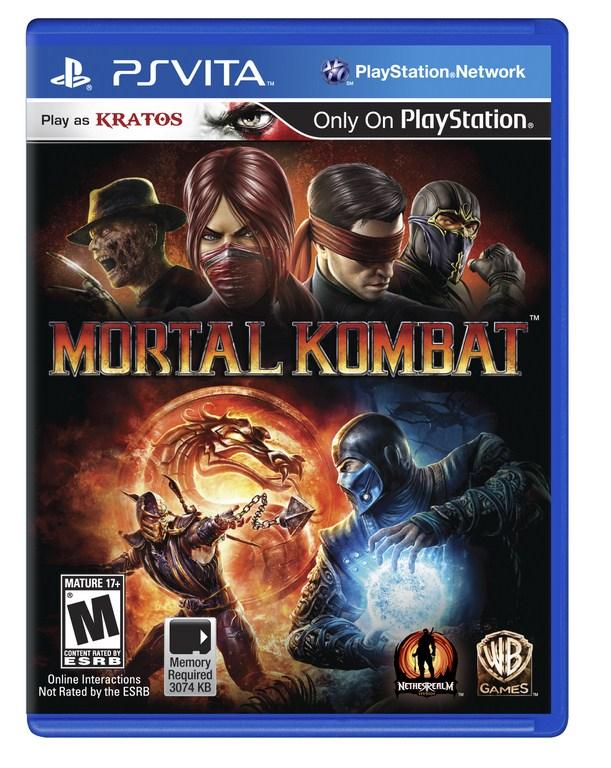 “The NetherRealm team is committed to making sure that we follow up the success of 2011’s Mortal Kombat with an equally compelling experience on the PlayStation Vita,” said Ed Boon, Creative Director, NetherRealm Studios. “The original game content and new features we developed for the PlayStation Vita will provide gamers with the best fighting game experience available on the new mobile platform.”

In a triumphant return to the game’s original mature presentation, Mortal Kombat offers over-the-top fatalities and cringe-worthy X-ray moves. This latest iteration in the franchise brings the game back to a 2D fighting plane and introduces a number of new gameplay features including Tag Team, Challenge Tower and a deep story mode.  Several new features have been developed exclusively for Mortal Kombat for PS Vita system, which will be revealed in the coming months.
Play Mortal Kombat for PS Vita system by visiting the Vita Hill Social Clubs.  More information can be found at http://us.playstation.com/psn/events/vitahillsocialclub.html.
For more information about Mortal Kombat, please visit www.themortalkombat.com, on Facebook at www.facebook.com/mortalkombat or on Twitter @MK_Mortalkombat

Mortal Kombat™ software © 2011 Warner Bros. Entertainment Inc. Developed by NetherRealm Studios.  All other trademarks and copyrights are the property of their respective owners.  All rights reserved.