by: Dan - posted: 1/12/2012 9:03:00 AM
More On: PlayStation Vita ModNation Racers: Roadtrip LittleBigPlanet Vita CES 2012
Sony usually has a large portion of their booth dedicated to gaming, and this year was no exception.  As you can imagine, with the Vita inbound on Feb 22nd, the handheld had a large presence on the floor in addition to the PS3 and the newly announced Tablets and Xperia play phones.  The crowds were heavy and the lines exceptionally long, so I was unable to get any real quality hands on with the Vita and PS3 titles, but I wanted to provide a list of what they were showing off.  Oh, did I mention that the Vita alone had 18 dedicated stations, 10 of which were for games and eight additional ones that showed off the full Vita capabilities.  Here is the list of what I saw being available for play:
PS3 Titles being shown:
MLB 12 The Show (both controller and Move versions)
Starhawk
Sorcery (Move controls)
Twisted Metal
Journey
PlayStation Vita titles:
Fifa Soccer
Little Deviants
Gravity Rush
Hot Shots Golf
Little Big Planet
MLB 12 The Show
Mod Nation Racers
Unit 13
Uncharted Golden Abyss
Resistance Burring Skies 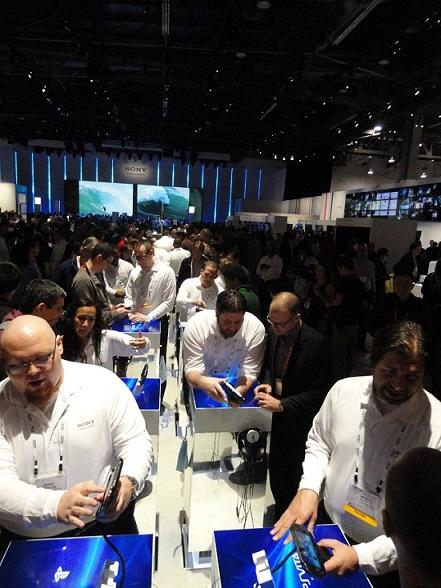