Everybody freeze! Call of Duty: Modern Warfare 3 glitch on the PC

by: John - posted: 11/10/2011 7:40:00 AM
More On: Call of Duty: Modern Warfare 3
As I'm going to rescue the Russian president's daughter in Modern Warfare 3, something funny started happening. When anyone died, they somehow got stuck halfway into their death animation and just froze there. Some enemies were stuck in mid-air, some in the process of rolling over dead. This is on the PC version by the way. Check the video below of my session to see what I mean.


But the funniest thing I think I saw I captured below. The look on the two Russian soldier's faces is priceless. Seems I caught them off guard a bit. I think this is ripe for a caption contest. 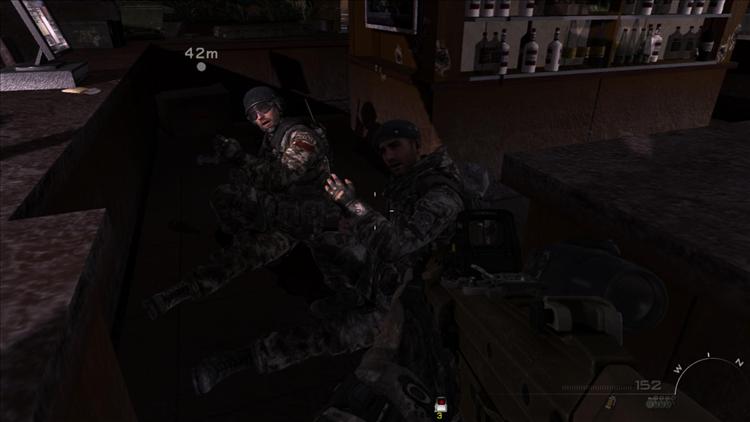