The War of the Worlds dev diary #2

by: Nathaniel - posted: 10/24/2011 1:04:00 PM
More On: The War of the Worlds
The War of the Worlds hits XBLA on Wednesday Oct. 26th (PSN and PC dates coming soon).  To celebrate, Other Ocean Interactive has released a new developer diary and a brand-new piece of concept art.  The concept art shows Red Weed which ties back into HG Wells' original novel, most likely making this The War of the Worlds adaptation slightly more faithful to the original than most recent ones.  This particular dev diary is remarkable in that it's the only one I've ever seen where the developers spend more time bragging about themselves and gushing about how awesome they are for choosing to make their game in 2D rather than 3D (because "the artist has to do all the work, instead of the engine") than actually talking about the game itself.  Way to go guys, you've made the most obnoxious dev diary ever.  Brag about that next time. 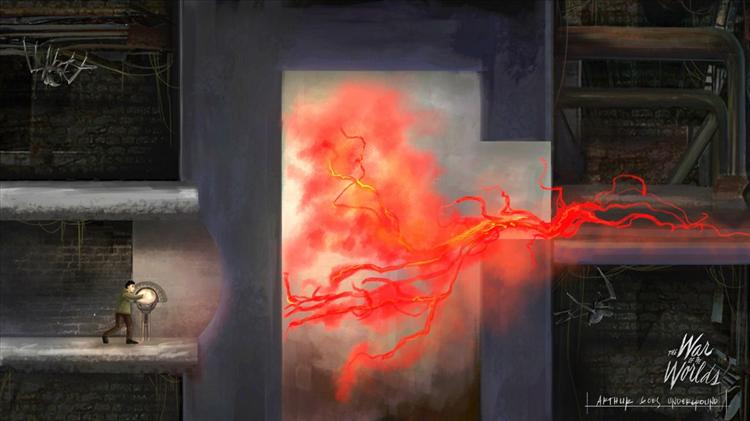