by: Nathaniel - posted: 8/31/2011 3:27:00 PM
More On: Call of Duty: Modern Warfare 3
Not set to be unveiled until Call of Duty XP this weekend in LA, the Modern Warfare 3: Hardened Edition has popped up in photo form in a European retail advertisement.  In the leaked photo you can see all that the MW3: Hardened Edition will include.  With it, you'll get Modern Warfare 3 with unique disc art, one free year of membership in Call of Duty Elite, "Founder Status" indicated to all the n00bs you'll pwn via in-game emblem, player card, camo, clan XP boost, and other benefits.  It will also include a Steelbook case, and a limited-edition "field journal" with over 100 pages of authentic military sketches, diagrams, and written entries.

Modern Warfare 3 comes out on November 8th on just about every gaming device currently in existence. 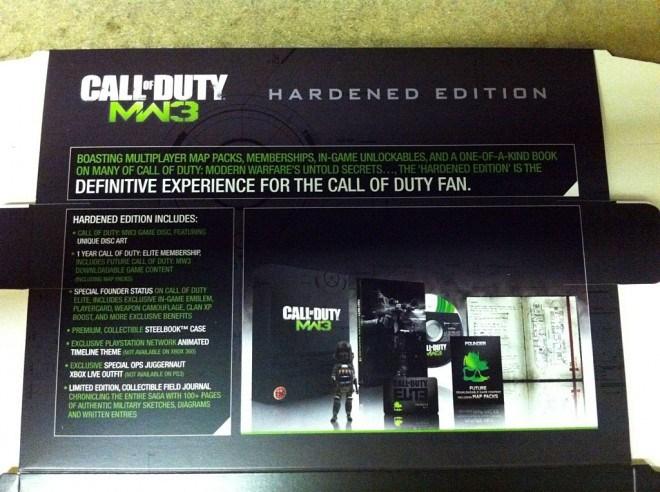