by: Jeremy - posted: 8/22/2011 10:18:00 AM
More On: inFAMOUS 2 inFAMOUS 2: Festival of Blood
Last week, at Gamescom, Sony and Sucker Punch unveiled a new batch of DLC content for the hit PlayStation 3 game inFAMOUS 2. Launching this October, “Festival of Blood” will introduce a new chapter for Cole McGrath’s adventures in New Marais.

inFAMOUS 2: Festival of Blood is an all new stand-alone DLc adventure for players set in the inFAMOUS world. In the midst of a Vampire outbreak in New Marais, Cole has been bitten and now has one night to find and destroy the head vampire or he will lose his soul forever. The DLC will include a wide variety of new missions, enemies, non-playable characters, and environments.

The best part about the DLC is that interested gamers who do not own either of the previous inFAMOUs installments will still be able to download and experience the new chapter. This pack is a stand alone title which doesn’t require either of the retail games to run. The exact release date and pricing for the pack has not been announced but it is expected to release close to Halloween. 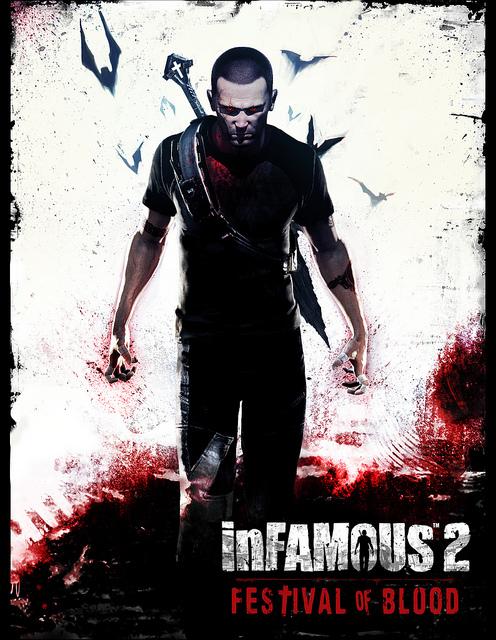