by: Nathaniel - posted: 8/3/2011 11:28:00 AM
More On: Deus Ex: Human Revolution
We have two bits of information about upcoming FPS/RPG hybrid, Deus Ex: Human Revolution.  The first is a new trailer that you can watch below.  Secondly, 20 numbered and signed prints will be made available for each the nine works on display at New York's Wooster Street Social Club until August 7th.  For those who don't know what I'm talking about, it was announced a few months ago that various artists from around the country have been brought together to ply their trade on propaganda posters set in the Deus Ex: Human Revolution universe and demonstrate either a pro- or anti-augmentation stance.  Artists contributing include N8 Van Dyke, Estevan Oriol, Rob Abeyta Jr, Rico DeNiro, Eyeone, Patrick Martinez, 3rassiere, Jorge Alderete, Jeremy Fish and Sam Flores.  You can bid on the prints until August 17th, and can look at them online at the CharityBuzz auction page.


By pressing the button below, you are certifying that you are 18 years old or older and you are of age to view the content. 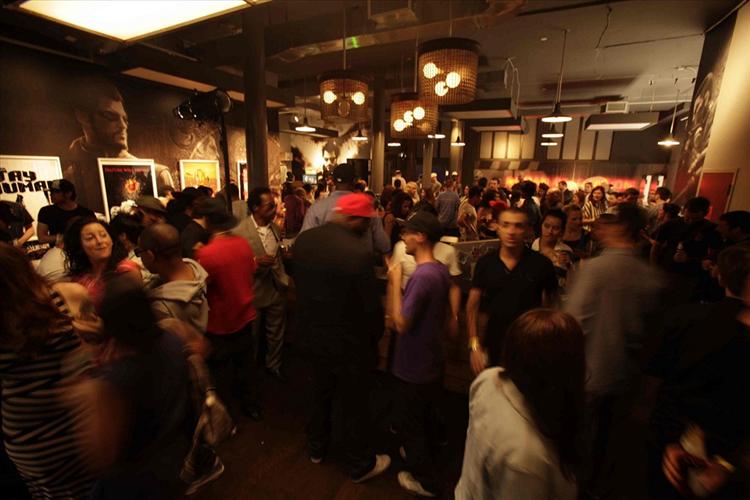 A total of 20 numbered and signed prints will be made available for each of the nine works unveiled at New York’s Wooster Street Social Club. The exhibition will run until August 7th, while the prints will be sold via auction site CharityBuzz, with the proceeds going to funding further education in the arts.

“The works are both a credit to the artists as well as to the vision behind the game,” said Square Enix America vice president Ami Blaire. “It’s been great for us to share these bold and artistic interpretations with the public and collectors, as well as have a chance to give back to education in art and interactive entertainment.”

Bidding closes on August 17th for the prints, which can be seen online at the CharityBuzz auction page: http://www.charitybuzz.com/auctions/humanrevolution.

More information on Square Enix, Inc. can be found at http://www.square-enix.com/na/.