by: Tina - posted: 6/22/2011 11:30:00 AM
More On: Prototype 2
If you want more content from Prototype 2 - gameplay videos, screenshots, etc. - instead of just finding them conveniently here at Gaming Nexus, you can find exclusive releases on //Blacknet. Radical Entertainment has announced the launch of the free Facebook app modeled after the in-game interface.

Collectively with other Facebook fans, you can unlock this exclusive content by "hacking" into Blackwatch's network. The plan is to keep this going until the game's release next year. 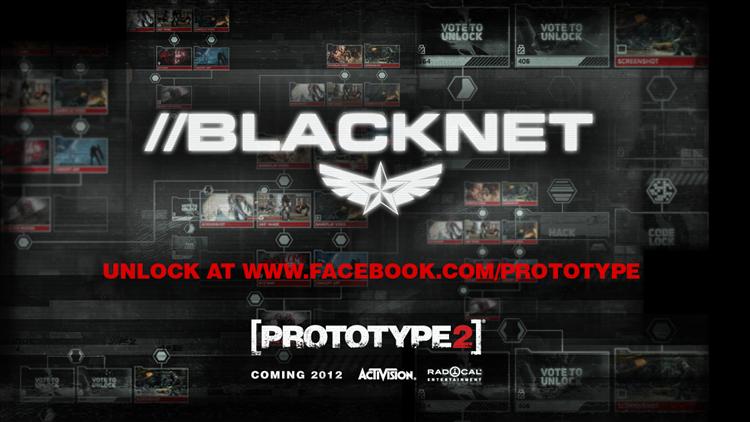 Radical Entertainment is extremely proud to announce the launch of //Blacknet, a free and exciting new fan-focused Facebook application located at http://www.facebook.com/Prototype.

With awesome new content unlocking every week, Radical intends to continue giving back to the PROTOTYPE fan community all the way up to and beyond PROTOTYPE 2's launch in 2012.