by: Chuck - posted: 6/18/2011 2:08:00 PM
More On: E3 2011
Power A has come a long way in the last year when they made their debut at E3. This year they showed an improved lineup of products that gamers will probably want to keep track of. This year they showed off a line that was very heavy on LED lights and glitz, a sharp contrast from the military look and feel of last year’s products.

The first thing they showed me was the new Pro Pack Mini Plus Wii controller($39). It’s a third smaller than the standard Wii controller and now comes with Wii Motion Plus built in and a a new LED backlight (which you can change the color of). The build quality seems even better than last year’s strong version and I still like the feel of the smaller Wii remote in my hand, and that’s coming from a guy with oven mitts for hands. The nunchuk is pretty much the same as last year’s version which isn’t a bad thing. The other big change for the Mini Wii controllers is that the mini-controller will use AA instead of AAA batteries which will mean longer sessions between battery changes. 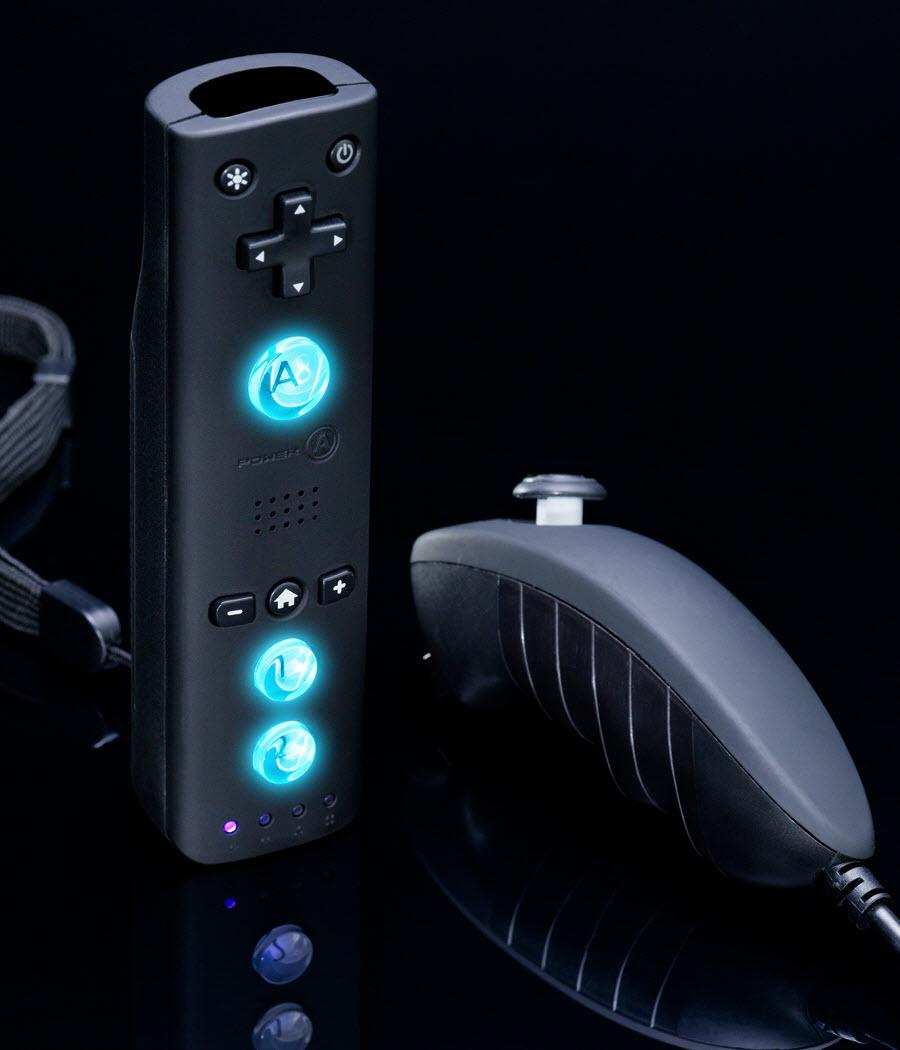 I also got to check out the new Mini Pro controllers for the Xbox 360 and PS3 and this is where my mammoth mitts were a bit of a hindrance as I couldn’t quite get comfortable with the smaller controllers. They did look have a nice iridescent look and felt very solid and would probably be something that those with small hands might find more use for. 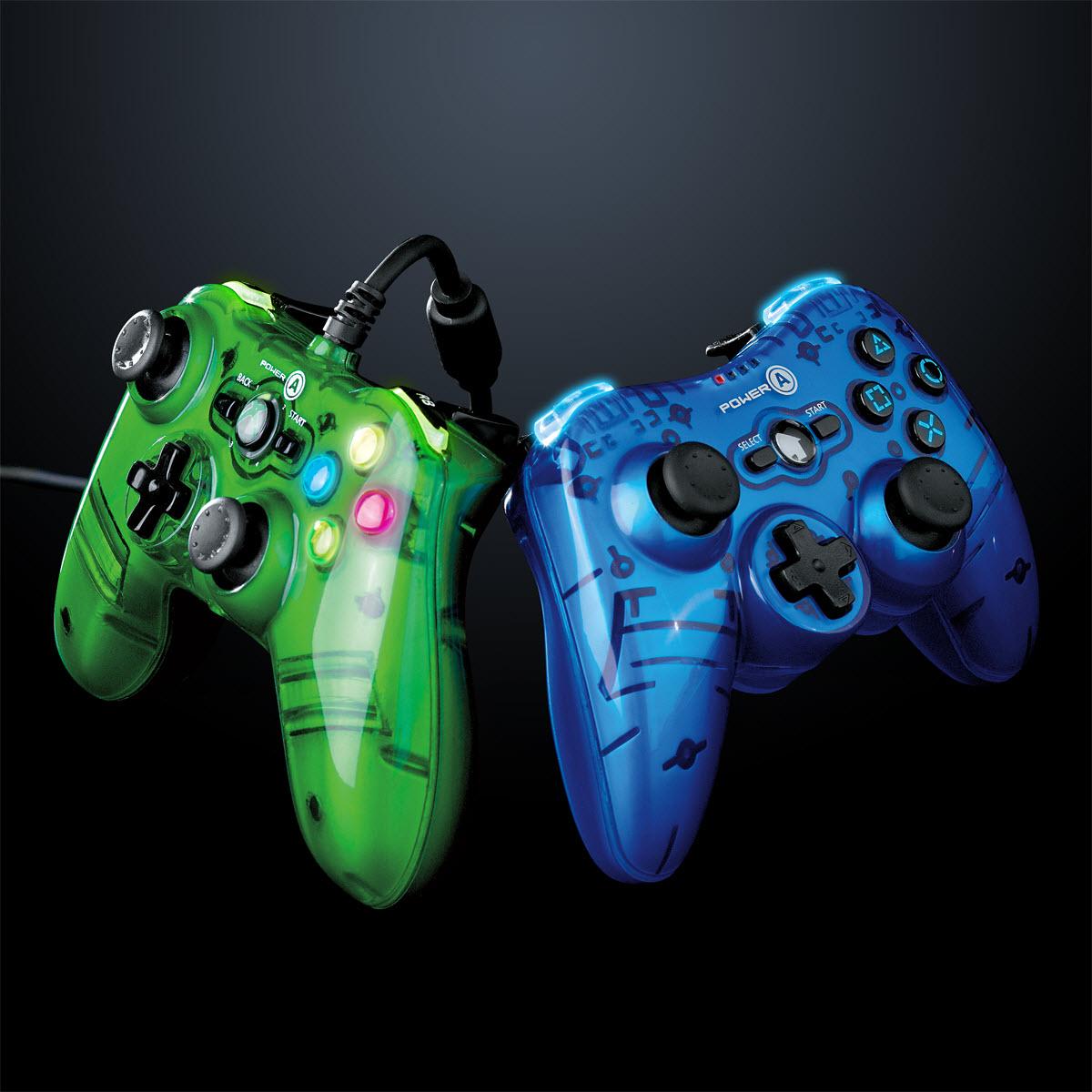 Up next was the new Air Flo Controllers ($39). Power A has worked with the guy who invented the Air Flo technology and come up with some pretty slick controllers. The guts of the controllers are based on the Pro Elite technology with the added benefit of vents along the top, side, and bottom of the controller. The fans have three settings (off, low, and high) and felt fairly comfortable in my hands. I played around with the fan settings a bit and you could barely hear the fans and they did a nice job of cooling my hands while I held them. Power A has managed to cram dual rumble motors into the controllers as well so you won’t be missing out on any force feedback with the addition of the fans. If you’ve got sweaty palms then this is something you need to check out. 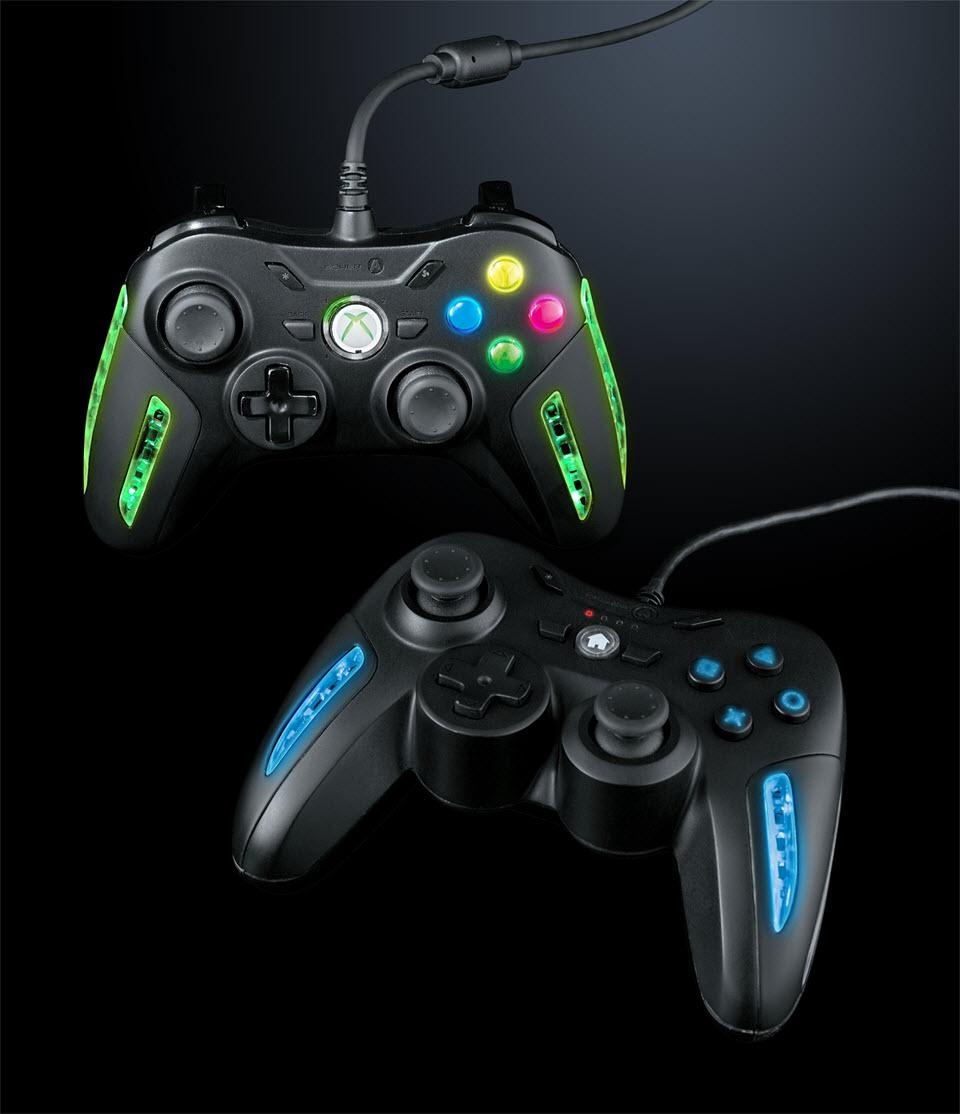 They saved the best for last as the last big thing I saw was the new Batarang Controller ($50) that they will be launching alongside Batman:Arkham City. The versions I got to hold weren’t production quality but still looked pretty bad ass. There are some differences between the functionality of the Xbox 360 and PS3 versions as the 360 is officially licensed through Microsoft and had to meet some of their control standards. The PS3 version isn’t officially licensed and has a few more bells and whistles like a battery charge indicator and customizable LED lighting. The pictures provided don’t really show off how good the grey and black combination looks and since they are using parts from the Pro Elite line of controllers you know they’ll be great gaming devices. 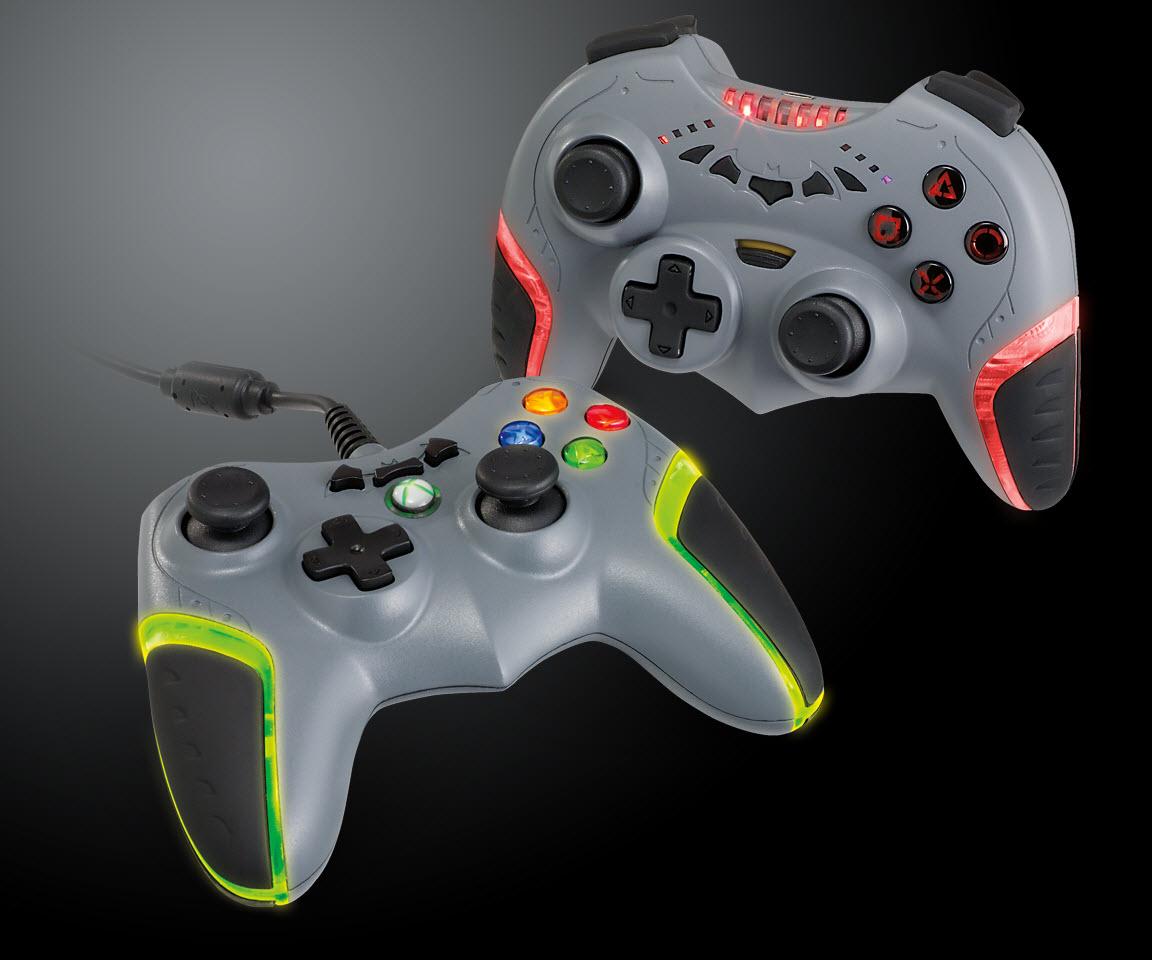