by: Jeremy - posted: 6/7/2011 3:29:00 PM
More On: Aliens: Colonial Marines E3 2011
During Nintendo’s highlight real of third party products in the pipeline for the new Nintendo Wii U keen-eyed gamers may have noticed that Gearbox’s Aliens: Colonial Marines was featured. Sega has since gone on the record and announced that the title is currently being prototyped for development on the new console.

That being said, the game is in the early, early stages of development and no release window is being offered at this time. You can read Sega’s official statement regarding the announcement on the next page. 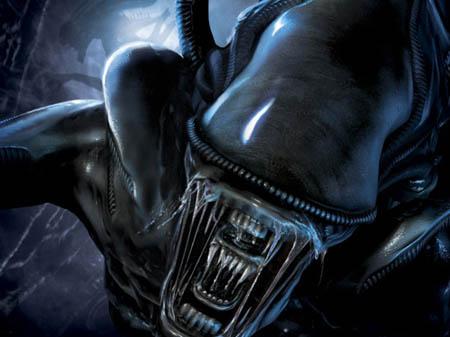 LOS ANGELES (June 7, 2011) – SEGA® of America, Inc., SEGA® Europe Ltd. and Gearbox Software today revealed that Aliens: Colonial Marines™, is being prototyped and considered for the Nintendo Wii U™. In partnership with Twentieth Century Fox Consumer Products and developed by critically acclaimed studio Gearbox Software, Aliens: Colonial Marines for this new gaming console is currently under construction by a dedicated research and development branch within the studio.

“We are extremely thrilled about the potential of the Nintendo Wii U and are honored to be a part of the earliest efforts for research and development on the platform with the Aliens: Colonial Marines project that is so perfectly matched with the platform’s unique and exciting new capabilities,” said Randy Pitchford, President of Gearbox Software. “As more details about the Nintendo Wii U emerge, Gearbox Software is equipped and motivated to engage and support the platform and its customers.”

“With such a recognized brand as ALIENS and a renowned developer in Gearbox Software, this really is exciting news for everyone,” said Mike Hayes, CEO at SEGA of America and SEGA Europe. “The Nintendo Wii U opens up an impressive amount of new opportunities for publishers and developers alike and SEGA are fully supportive of this new platform.”

Aliens: Colonial Marines is the highly anticipated first person shooter set after the events of ALIENS and is designed to provide an exhilarating and engaging new chapter in the Aliens universe. Players will blast their way through hordes of Xenomorphs on the USS Sulaco, the surface of LV-426 and Hadley’s Hope, using weapons inspired by the film series.

SEGA® Europe Ltd. is the European Distribution arm of Tokyo, Japan-based SEGA Corporation, and a worldwide leader in interactive entertainment both inside and outside the home. The company develops and distributes interactive entertainment software products for a variety of hardware platforms including PC, wireless devices, and those manufactured by Nintendo, Microsoft and Sony Computer Entertainment Europe. SEGA Europe’s web site is located at www.sega-europe.com.

About SEGA of America Inc.:

SEGA® of America, Inc. is the American arm of Tokyo, Japan-based SEGA Corporation, a worldwide leader in interactive entertainment both inside and outside the home. The company develops, publishes and distributes interactive entertainment software products for a variety of hardware platforms including PC, wireless devices, and those manufactured by Nintendo, Microsoft and Sony Computer Entertainment Inc. SEGA of America’s Web site is located at www.sega.com.

Gearbox Software is respected industry wide for the award winning, best-selling original and licensed video games they have developed for major video game platforms. Founded in 1999 and located near Dallas, TX, Gearbox Software is well known for the creation, development and management of its original blockbuster video game franchises including the best-selling new property of 2009, Borderlands and its record setting downloadable content, Duke Nukem, including Duke Nukem Forever, the most anticipated title in video game history, and the critically acclaimed, award winning Brothers in Arms series of games. The company has also developed licensed video games for many of the industry’s top franchises including Halo, Half-Life, Tony Hawk’s Pro Skater, 007 James Bond, Aliens and others. Gearbox Software’s success has been enabled and supported through several key mutually beneficial business relationships with strong publishing partners including Activision, Electronic Arts, Ubisoft Entertainment, Microsoft Games Studios, SEGA, and Take-Two/2K Games.