by: Tina - posted: 6/2/2011 10:13:00 AM
More On: The War of the Worlds
H.G. Well's The War of the Worlds has traversed many realms of media. From the original novel to the infamous radio drama to the somewhat more modern film, the one medium that has since been missing is a video game iteration of the work. Independent developers Other Ocean Interactive are working to eradicate that with The War of the Worlds in development for the XBLA and PSN.

The game will be designed as a 2D platformer in which players must fight to survive the 1950s London alien invasion. If you're familiar with the original storyline, much of that will be reflected in the game in addition to new elements created by Other Ocean Interactive. The game is set to release sometime in the summer of this year. 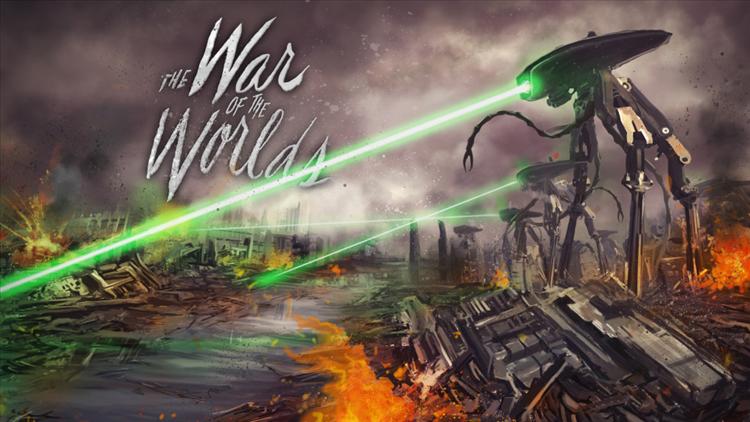 Emeryville, CA – June 2, 2011 – Other Ocean Interactive, the acclaimed independent developer with a mastery of creating modern games with a retro feel like Dark Void Zero and the XBLA conversion of Castlevania: Symphony of the Night, revealed today it is currently in development of The War of the Worlds. Coming to Xbox LIVE®Arcade and PlayStation®Network, The War of the Worlds is an upcoming 2D cinematic platformer inspired by the seminal work of beloved author H.G. Wells that pits players in a story of survival as a lone person trying to escape chaos and destruction amidst an alien invasion in 1950s London.


Other Ocean will be providing a first look at the title to select press during the upcoming Electronic Entertainment Expo (E3) in Los Angeles, June 7-9, 2011. [Redacted].


In development under license from Paramount Digital Entertainment, The War of the Worlds is a dark and breathtaking new vision of the classic H.G. Wells novel, retold as a single player, 2D action-adventure. The gameplay narrative parallels the timeline and events from the 1953 movie adaptation, but introduces a new story arc, characters, locations, and sub-plots.


With gameplay paying homage to classic cinematic platformers such as Flashback, Out of This World and Oddworld: Abe’s Oddysee, players follows the exploits of an unknown everyman struggling to escape the Martian invasion of London and rescue his family. Forced to think through insurmountable odds, players will outsmart an army of alien tripods and other menacing war machines as they make their way through a landscape of total devastation.


“As a developer, we are extremely fortunate to have access to this beloved franchise,” said Mike Mika, Head of Development with Other Ocean Interactive. “The team and I are huge fans of the original rotoscoped cinematic platformers of early PC gaming. This is a dream project for everyone on the team. Having the ability to approach the game in a completely retro way and pay homage to one of our favorite periods in gaming is more than we could ask for.”


The War of the Worlds will be available on Xbox LIVE Arcade and PlayStation Network in summer 2011.