by: Jeremy - posted: 5/12/2011 10:41:00 AM
More On: 3DS Nintendo eShop
Nintendo has announced that they are delaying the launch of the Nintendo 3DS eShop from late May into early June. The service, as well as the system update that accompanies its launch, is now planned for June 6 in North America and June 7 in Japan and Europe. As noted by 3DSTribe, the new release date now coincides with Nintendo’s E3 press conference.

If anything, I think that this delay could mean good things for 3DS users. Nintendo undoubtedly has some big plans lined up for their new service and could be planning some sort of blockbuster announcement during their presser. In reality, it is only another week, maybe two, as we didn’t have a firm release date for the service originally anyway... 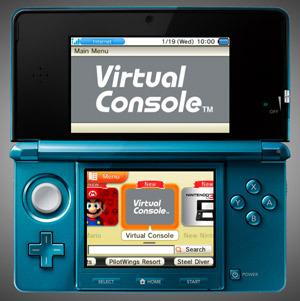