The set features the likenesses of both Oni (pictured below) and Evil Ryu. Currently, the Capcom Store is the only retailer that is offering a specific preorder bonus with the game which will be released on June 28, 2011.

Check it out, you know you want them: 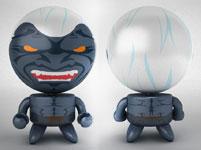