Like the Medal of Honor series’ music? Have a massive soundtrack...

The collection is selling for $59.99, plus shipping and handling, through La-La Land’s website. You will also find a 40-page booklet included, outlining the music included from EA’s hit series. I guess I never realized just how many games EA had released in the MoH series; I surely didn’t think that there were this many... but I guess some of the PC expansion packs are counted. This would definitely be the ultimate gift for a die-hard Medal of Honor fan... 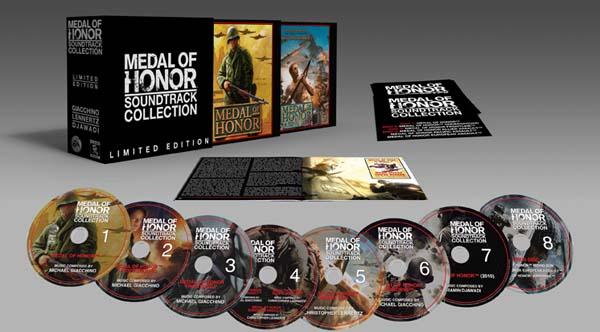