by: Nathaniel - posted: 5/2/2011 11:31:00 AM
More On: Elemental: Fallen Enchantress
Derek Paxton and the Elemental: Fallen Enchantress team have thrown out the old War of Magic tech trees.  The new tech trees feature new screens, automated tree animation, cross-category prereqs, and more.  Also, now they don't spawn resources, monsters, or champions and everything on the map is presented at the beginning of the game.

You can view the new tech trees here.

Fallen Enchantress is set to be released this summer as a stand alone game; however, it will be free to all those that purchased Elemental: War of Magic in 2010.  The new title will include and all-new battle system, more sophisticated spell casting, an updated economic system, more creatures, quests, and other new game mechanics. 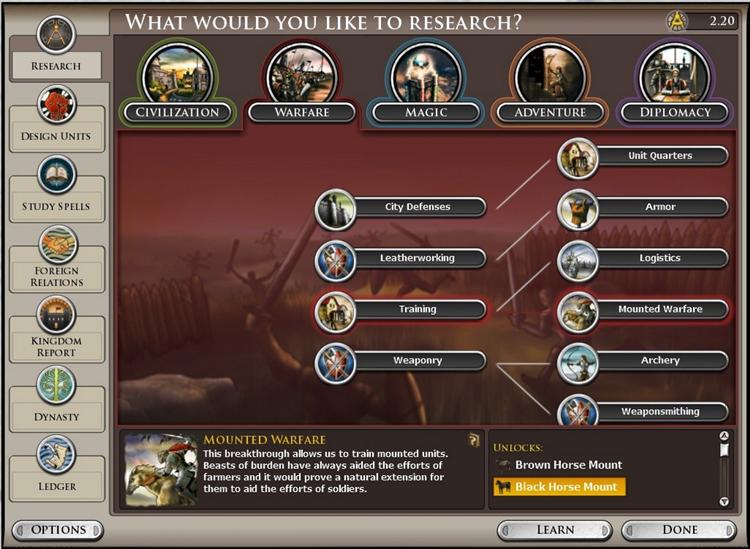 Fallen Enchantress will be released as a stand-alone game but will be free to all players who purchased Elemental: War of Magic in 2010 and will be heavily discounted for anyone who purchases Elemental: War of Magic prior to Fallen Enchantress’s anticipated Summer 2011 release. The new title includes an all-new battle system, more sophisticated spell casting, an updated economic system, new game mechanics, more creatures, quests and much more. Elemental is a strategy game at its core with heavy RPG-inspired elements in which players build a kingdom from the ground up in a shattered fantasy world. Players build cities, raise armies, research technologies, learn magical spells, go on quests, recruit heroes, negotiate treaties, learn spells, build a family dynasty and more.