The Xbox Live service page has a warning issued that there is a phishing scam going on right now. It says : So, if you're still an avid Modern Warfare 2 player, and I don't know anyone that is right now, just be careful of answering or loading these messages. Do yourselves a favor and just delete them.

Can't we all just have a service where were not always on guard? Man, I'm going back to PC gaming. 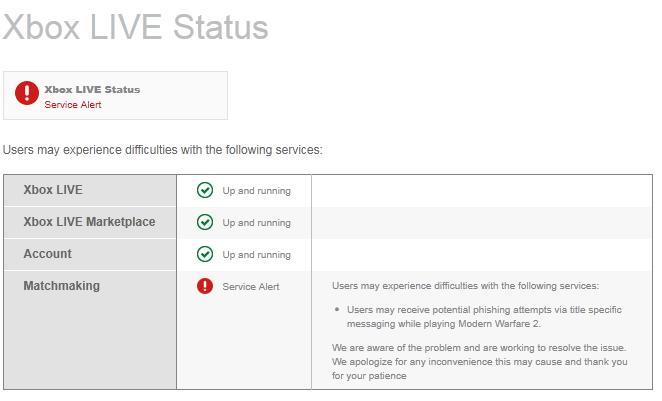