Do you love Pirates, even if there are no ninjas, or robots for them to fight?

by: Nathaniel - posted: 4/15/2011 11:35:00 AM
More On: Two Worlds II
Topware Interactive has announced an expansion for its game, Two Worlds II.  The worldwide RPG hit with over 2.5 million copies sold will expand this September with the release of Pirates of The Flying Fortress.

Revisit Antaloor this fall with Pirates of The Flying Fortress.  Visit the homepage for more info, and visit www.twoworlds2.com while you're at it.

That's cool and all, but did they really mention horse armor?  Maybe they just have a well-formed sense of irony. 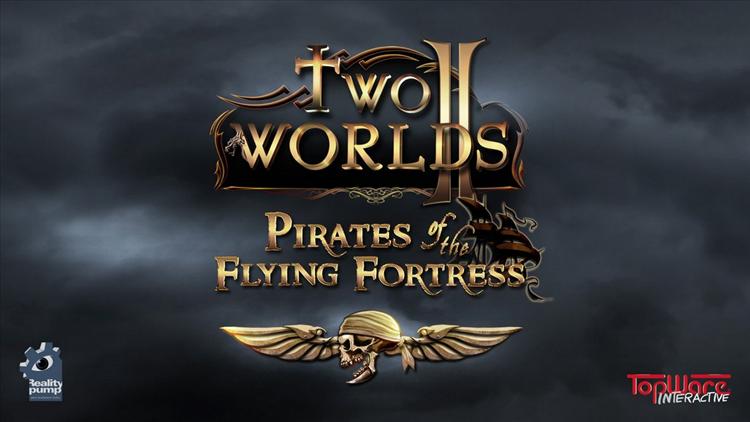 Two Worlds II: Expansion Pack captures retail shelves
+++ „Pirates of the Flying Fortress“ Expansion Pack will arrive September 2011 +++
Las Vegas, April 15th 2011 – The RPG-spectacle continues! With "Pirates of The Flying Fortress", the creators of "Two Worlds II" clear the way for the highly anticipated upgrade for the role playing hit. More than 2.5 million games sold worldwide, numerous awards and a huge fan community are powerful arguments for yet another exciting trip to Antaloor, abducting you this time into the gloomy pirate world! The story plunges the player headlong into an adventure that is more than astonishing! The good old "Two Worlds" atmosphere waits, which is yet quite different this time around. Exotic flair, new enemies, new settings and new weapons - all fans are in for a shocking surprise!

"Pirates of the Flying Fortress" will launch in Antaloor as a multi-platform title in September 2011! The extensive single player history as well as several brand new multiplayer maps will then be launched.