by: Jeremy - posted: 3/28/2011 1:23:00 PM
More On: Mortal Kombat
Ed Boon has hinted all along that the upcoming Mortal Kombat would see it’s fair share of downloadable content and now it has been confirmed. NetherRealm Studios has announced the first two characters that will be Kenshi and Scarlet. The two characters were confirmed in a CVG interview with NetherRealm’s Hans Lo.

Kenshi was introduced to the Mortal Kombat universe in Mortal Kombat: Deadly Alliance. The bling swordsman was tricked by Shang Tsung and seeks revenge on the evil sorcerer who wronged him. Scarlet on the other hand, is a completely new character to the series but someone MK players have known for years. The red suited, female ninja was a rumored hidden character from the second arcade game which resulted from a glitch that turned Kitana / Mileena / Jade red. Lo confirmed that both characters would be completely original and not based on existing characters in the game. They will have their own, unique special moves and fatalities.

Gamepro has also listed Kintaro as being included in the post-launch DLC, but that hasn’t been confirmed yet. 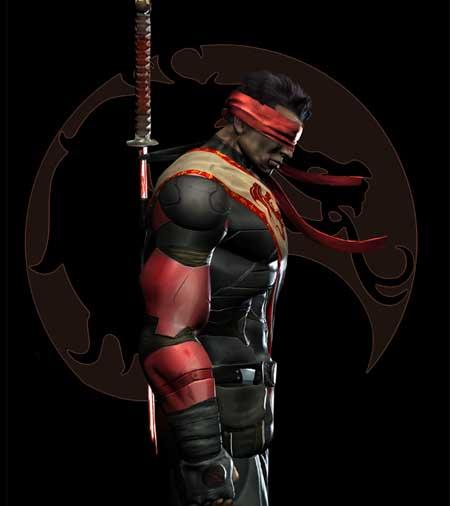