by: Jeremy - posted: 3/2/2011 2:29:00 PM
More On: Magicka Magicka: Vietnam
No, you didn’t read that headline incorrectly: Paradox Interactive has announced a new expansion for the recently released Magicka which will take the wizards of Magicka into the chaos of not only the country of Vietnam, but the 20th century conflict as well. Magicka: Vietnam was unveiled at the GDC event in San Francisco.

As you can see in the trailer below, this is legit. The new expansion will put the colorful wizards deep in the heart of the jungle and the conflict, amidst helicopters and roaring machine guns. As crazy as it sounds, it looks like an awful lot of fun. If only more developers would think as “out of the box” as this... 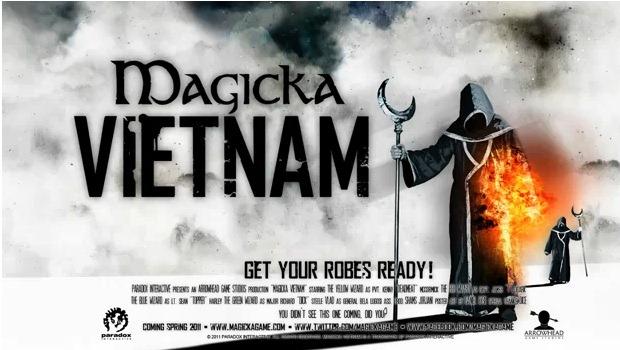