by: Jeremy - posted: 2/18/2011 1:48:00 PM
More On: PLAYSTATION 3
In order to fit in with the rush of military inspired shooters launching on the PS3, Sony is releasing a special camouflage version of their official PS3 bluetooth headset. The new color, dubbed “Urban Camouflage”, will hit stores alongside SOCOM 4 on April 19, 2011.

The new version of the headset sports all of the same quality and features of the standard version but with a fresh coat of paint. The Urban Camo headset will be released to Gamestop stores at the standard price of $49.99. I may have to finally break down and buy the official Sony headset for my PS3 as I have had nothing but bad luck trying to get other headsets to function properly when I play online. I have gone through three different brands and have yet to find one that works well for my online gameplay sessions. Now I just have to decide, black or camo? 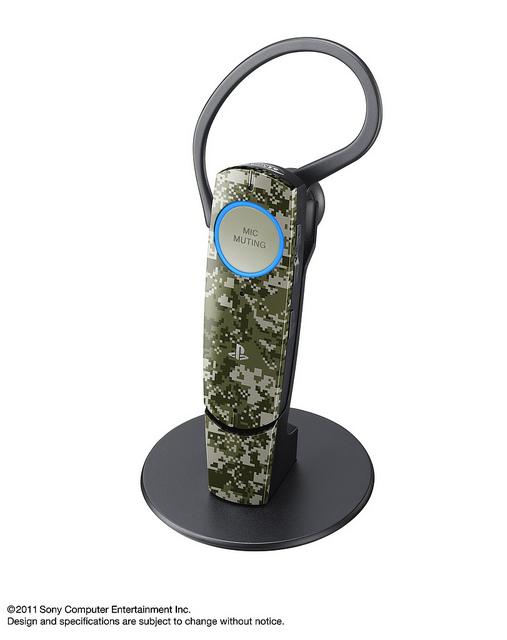