by: Peter Skeritt - posted: 1/18/2011 1:24:00 PM
More On: Top Spin 4
2K Games is looking to both the past and present with its upcoming release of Top Spin 4, which arrives on March 15th. Today's stars, including Rafael Nadal and Roger Federer, are joined by a class of of former superstars such as Boris Becker and Pete Sampras to create a roster of 25 tennis champions. More players and details are waiting for you after the jump. 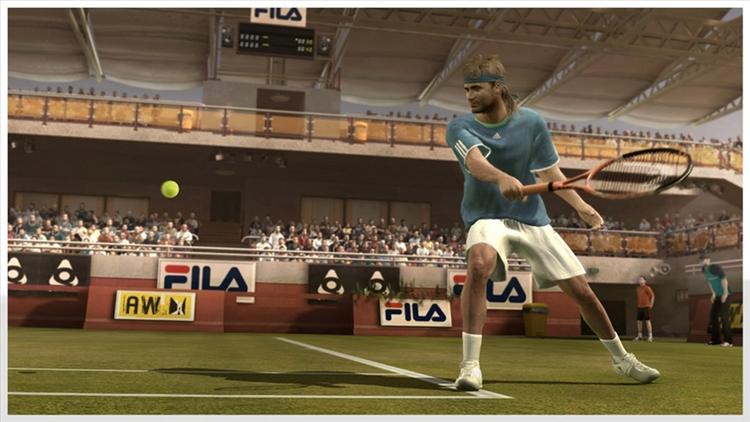 One common ingredient among successful sports games is the ability to play as- or against-- real-life superstars in that particular sport. EA Sports has used that ingredient repeatedly with Tiger Woods in its PGA Tour Golf series, for example, as players matc h their skills against the best in order to be best. With the upcoming release of Top Spin 4, 2K Sports is looking to use this ingredient to its fullest with a loaded roster of 25 tennis pros from the past and present. The match possibilities are exciting; imagine Pete Sampras taking on Rafael Nadal... or Bjorn Borg competing against Roger Federer for Wimbledon bragging rights. Top Spin 4 makes these matches possible, along with many others.

Take a look at the formidable list of pros that 2K Sports has assembled:
While not all of the players will ring bells with more casual fans, more than a few names should stand out. Lendl, Courier, Chang, Becker, Sampras, and Agassi are all historic players and complement the current player roster well. The female players, aside from Serena Williams, will be tougher to identify with unless players follow the sport closely. More iconic female players, such as Monica Seles, Steffi Graf, and Martina Hingis, would have added to the package... but Wozniacki and Zvonareva are ranked 1st and 2nd in the world as of this writing, so the roster does hold water.

2K Sports also has a preorder bonus arrangement with GameStop. Consumers who preorder Top Spin 4 with the prominent gaming retail chain will receive a code to unlock "vintage" Andre Agassi when the game is available starting on March 15th.

With information on the release of Virtua Tennis 4 still a secret, Top Spin 4 will look to try and take advantage of being the newest tennis game on the court. 2K Czech, the development team in charge of Top Spin 4, is promising improvements including new Coaching and Development routines, a new presentation style, and a fully online World Tour mode. We'll have an close eye on Top Spin 4 as it approaches the service line in March for the Xbox 360, PlayStation 3, and Wii platforms.