by: Jeremy - posted: 1/11/2011 12:58:00 PM
More On: inFAMOUS 2
inFAMOUS 2 is coming exclusively to the PlayStation 3 this year but the specifics regarding the game have been kept under wraps since it was announced in early 2010. Sucker Punch has started shining some light on the game with the release of a “fact sheet” for the game which was revealed by Ripten  earlier this week.

The full fact sheet can be found on the next page, but here are some bullet points: I finally played through the first game this past summer and was completely blown away. The original inFAMOUS was an absolute blast to play, start to finish, and I cannot wait to get my hands on the second installment. If you want to read up on all of the details, click through to the next page... 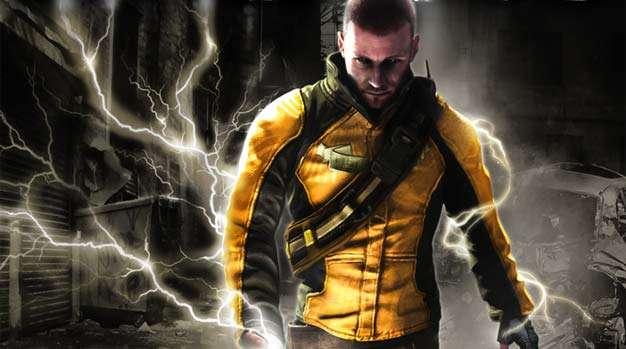 Blamed for the destruction of Empire City and haunted by the ghosts of his past, reluctant hero Cole MacGrath makes a dramatic journey to the historic Southern city of New Marais in an effort to discover his full super-powered potential – and face a civilization-ending confrontation with a dark and terrifying enemy from his own future. Gifted with extraordinary god-like abilities, Cole alone has the power to save humanity, but the question is- will he choose to do so?

STORYLINE
inFAMOUS 2 opens in Empire City as a massive explosion rips through the town signaling the birth of a new evil. Nearly escaping death by the dark entity known as “The Beast”, Cole flees the city. Upon leaving, Cole discovers that “The Beast” has destroyed Empire City and is heading down the coast annihilating everything in its path.

In an effort to stop “The Beast” from destroying mankind, Cole heads to New Marais in search of a scientist who is believed to hold the key to defeating this dark entity. As the mystery of “The Beast” unfolds, Cole must learn to harness his powers for the sake of mankind.

* True Superhero Experience – Wielding god-like superpowers , discover what it means to be a true superhero with powerful cinematic sequences, stylized graphic cutscenes and epic boss battles which help bring Cole’s story to life.
* Advanced Super Powers – Featuring a complete overhaul of the power system from inFAMOUS, experience what it’s like to be a full-blown superhero with enhanced electrical attacks, an improved melee fighting system and a host of new superpowers.
Evolved Morality System- Cole once again has the choice to be mankind’s greatest hero or greatest villain, but this time around karmic choices directly affect the outcome of the story, for better or for worse.
* All-New Open Dynamic World – Explore a virtually dense and more vibrant open world, set in the southern city of New Marais, with an increased level of interactivity, featuring over 100 simultaneous characters on screen, new gangs, destructible buildings and collapsible environments.
* Enhanced Urban Exploration – Utilizing a highly-polished mo-cap and animation system to make climbing and exploring flow more fluidly, freely navigate the city andtraverse nearly any surface with new fluid and dynamic parkour moves.