by: Jeremy - posted: 12/21/2010 11:47:00 AM
More On: PLAYSTATION 3
Just as the Neo Geo archive of games it hitting the PlayStation Network, SNK is releasing a USB version of the classic Neo Geo CD gamepad. The controller, exclusive (for now) to Japan, functions for on both PlayStation 3 systems as well as the PC.

The controller form the Neo Geo CD is arguably on of my favorite controller designs ever. The directional pad used on the device is just perfect for fighting games. As you can see from the image below, the pad features 6 buttons on the face, including both L1 and R1 in addition to the X, circle, square, and triangle buttons. Can you say “perfect for Street Fighter”? Hopefully this thing will make its way to North America and soon; until that happens though, you will have to rely on import services and websites such as NCSX and Play-Asia for anywhere between $40 and $50.

Thanks to Joystiq for pointing this out... 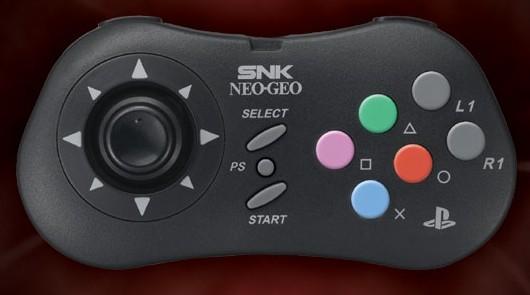