by: Jeremy - posted: 12/8/2010 11:42:00 AM
More On: Mortal Kombat
A batch of audio files have made their way online thanks to someone who “dug” around the official website for NetherRealm’s Studio’s upcoming Mortal Kombat.

TRMK user ShawnBronald happened to visit the official Mortal Kombat site during a moment in time that spawned a config error and allowed users to sort through the domain’s file directory freely. Within those directories,, Shawn found a folder of audio files which appear to be from the game. The audio files in question are soundbytes from the game that appear to serve as introduction statements for the beginning of a match, as seen in the preview videos of the previously announced characters. There were also quite a few tracks of the game’s background music accessible as well.

The available audio tracks of character names revealed quite a few characters that have yet to be announced for the game. The revealed tracks appear to reveal the following characters for the game: There were also soundclips included where the announce said classic phrases such as “Test Your Might” and “Brutality”... possibly revealing their inclusion as well As a huge fan of the series and someone who is very excited for the upcoming game, I am very pleased with nearly all of the fighters listed as filling out the roster. The only one that I could do without would be Stryker... never cared much for him.

On a side note, John reported earlier that rumors were swirling that the January issue of the Official PlayStation Magazine would reveal that Kratos would be included in the PS3 version of the next Mortal Kombat. That news has been confirmed by none other than David Jaffe through his Twitter feed this morning:

“.@WhoIsDo LOVE that Kratos is in the new MK. So bummed he's not in the story portion. Heard about it from Ed at E3 this year and had to keep super mum on it”

Jaffe went on to reply to numerous Tweets regarding his thoughts and ideas for Kratos’ inclusion, but let’s just say that many of them were “less than family friendly”. You can read everything he has to say on the topic on his feed. 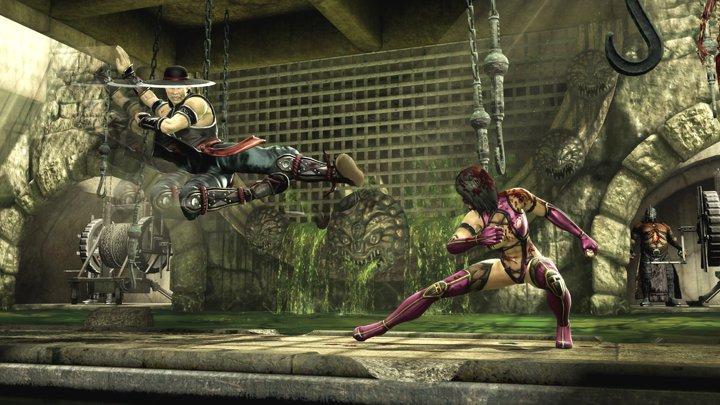