The new game looks to take everything that was great about the original and make it even better. In addition to including the ability to use adjectives this time around, 5th Cell has also fined tuned the physics system of the game and addressed the control complaints that many gamers had about the first game. Super Scribblenauts will also allow gamers to make their own levels and puzzles, like the first game, only with an improved level editing system. Check it out: 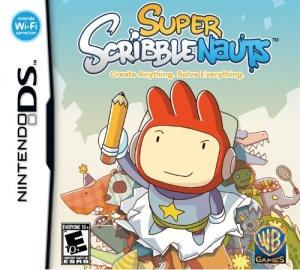