Sony lining up inFamous 2 for E3?

by: Jeremy - posted: 6/3/2010 10:06:00 AM
More On: inFAMOUS 2
Will inFamous 2 be yet another blockbuster title in Sony’s hand of cards at this year’s E3 conference? It appears so as the Portuguese version of the Official PlayStation Magazine is teasing the reveal of the title in their next issue.

The web site ScrawlFX has posted a scan from the most recent issue of the magazine that shows the preview for the next issue. Clearly visible above the text that translates to “announcement of a big sequel for a PlayStation 3 exclusive next issue” is an image that clearly depicts the eyes of inFamous’ Cole MacGrath. Sony is shaping up to have one heck of a showing at this year’s conference, and this would only strengthen their outing... guess we will just have to wait and see. 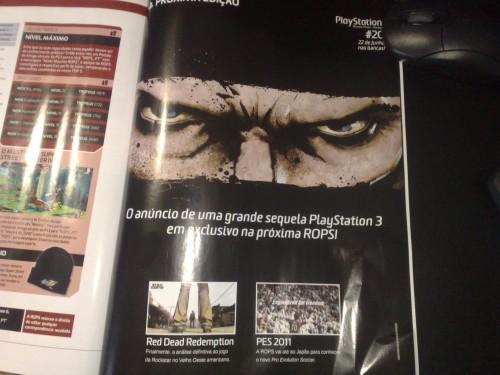