Force Unleashed 2 getting inked as well

Lucasart’s sequel is going to have a published trade much like the original game did which will hit stores on October 6 in order to promote the game. The new story is going to be written by the same writer who crafted the original games tale, Haden Blackman. Dark Horse Comics will be publishing the work which will retail for $10.99. 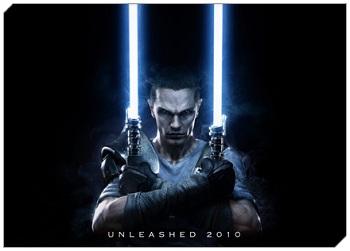