by: Dan - posted: 5/3/2010 3:30:00 PM
More On: Spore Battlefield: Heroes The Sims 3 Battlefield: Bad Company 2 Mass Effect 2
Taco Bell and EA have teamed up as an extension of the Dr Pepper “Every Bottle Wins” promotion to bring gamers “free” DLC for some popular EA titles. Between now and May 16th (or when supplies run out), visit any participating Taco Bell and purchase a large fountain drink to receive a code redeemable for exclusive in-game content. The EA titles that you can get items for include:

There seems to be a healthy supply of goodies for each title, so drink up and collect them all. 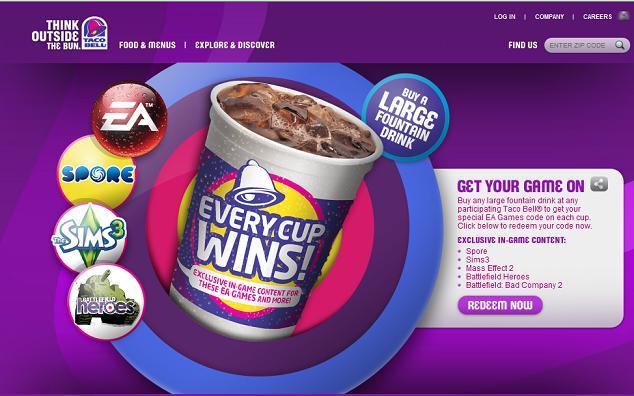